^This is probably my favorite picture of me and Jim of the entire trip!

Tokyo was a whirlwind. It is crazy to think about how much we did, but at the same time … how much we have left on our to-do list. I love Tokyo! It is easily my favorite major city we visited thus far, above London, Hong Kong, Beijing — I would even put it above New York and San Francisco. It is honestly just an incredible city and I do believe we will return.  Though very expensive, likely the most expensive of our trip, we did enjoy the city.  Here’s my recap:

As always, my goal was 80-miles and heading into Tokyo, I was concerned about making my miles. We had a couple of trips planned, so I knew it would be tough to fit in my miles. Because we have fully embrace backpack trips, I’ve tried not to run on our weekend adventure trips.  We pack light and keep busy, so it would be hard to fit in a run. Quickly after arriving to Tokyo, I got our RunKeeper and as always mapped out my run. Being in a major city, I knew I needed to get to a park or path in order to really get in a good run.

I picked a loop that was slightly longer than my typical path, but also knew that might be a good idea since my potential running days were numbered.  My run was a city run, which I don’t love, but made the most of — the first mile was city streets till I made it to the Shinjuku Gyoen National Garden. Once in the Shinjuku Gyoen National Garden, I had a lovely loop through the park and then it was back to city streets to the Kanda River. The Kanda River had a great path along the water and finally, I ended my last mile with an uphill climb through city streets back to the house. 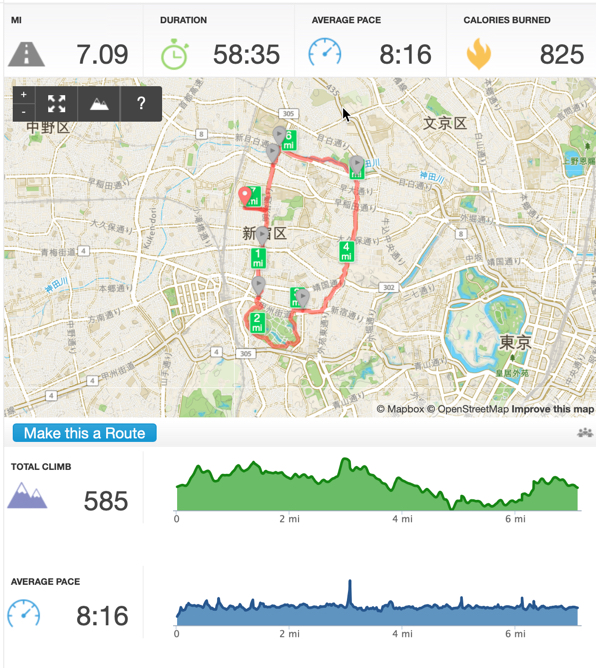 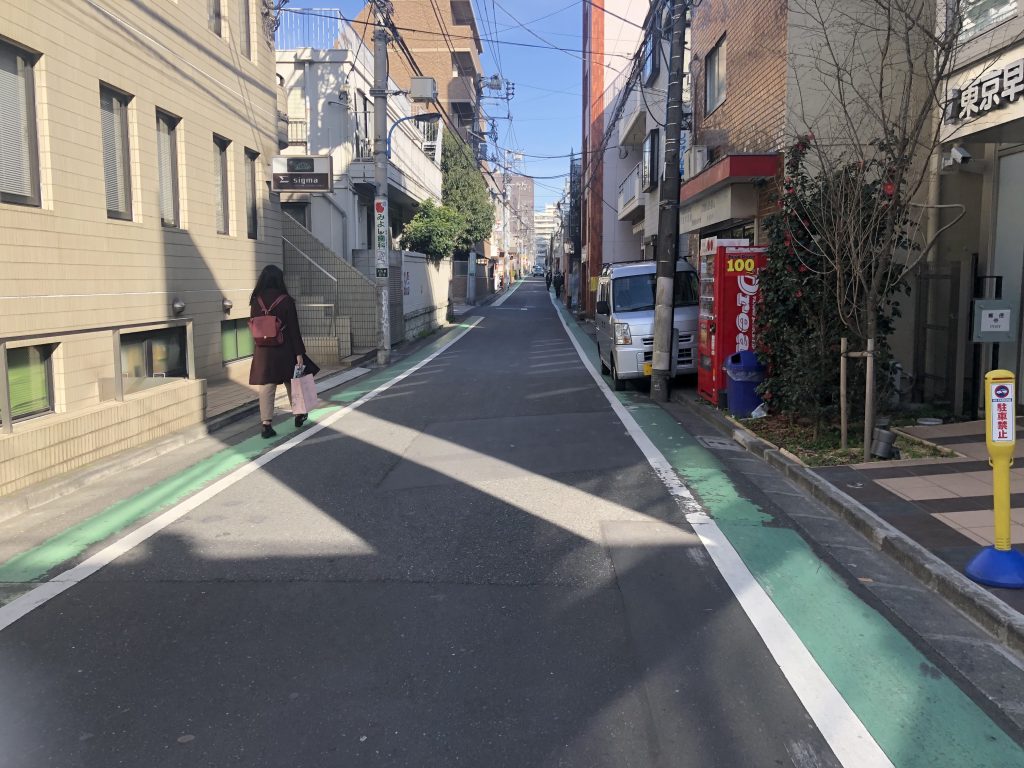 ^Let the run begin. I have no idea why, but the street from our house had two green lines up the sides. I never saw this on any other street and I never learned the purpose of the lines. 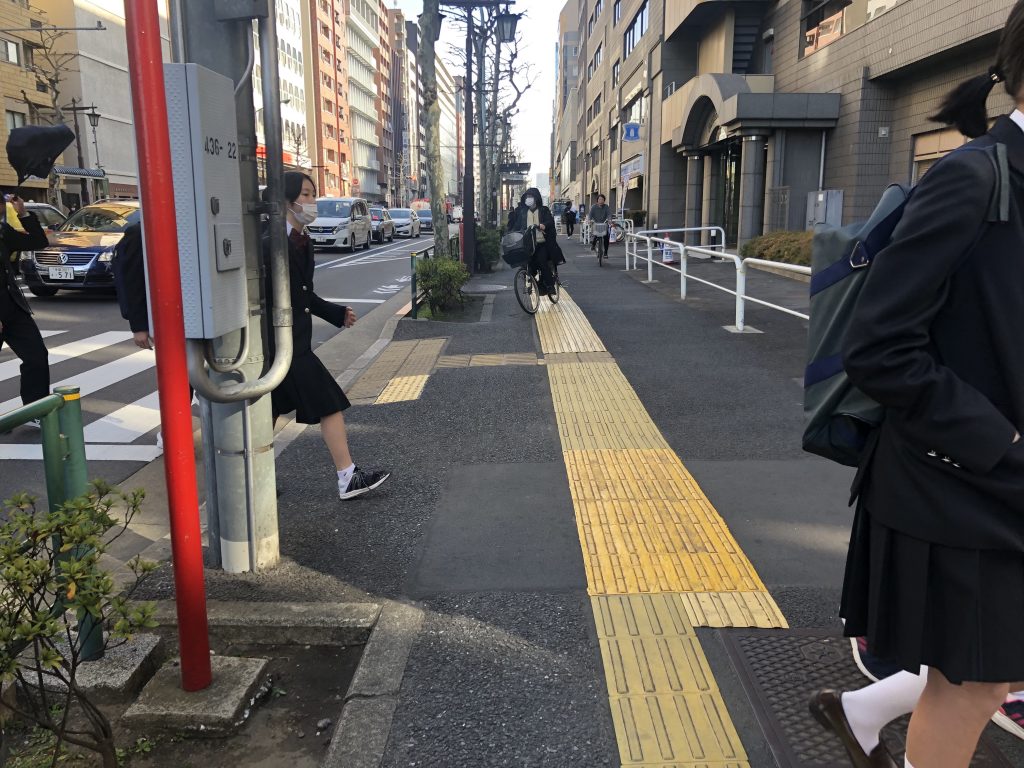 ^Down the main streets had yellow lines to break-up the sidewalk. 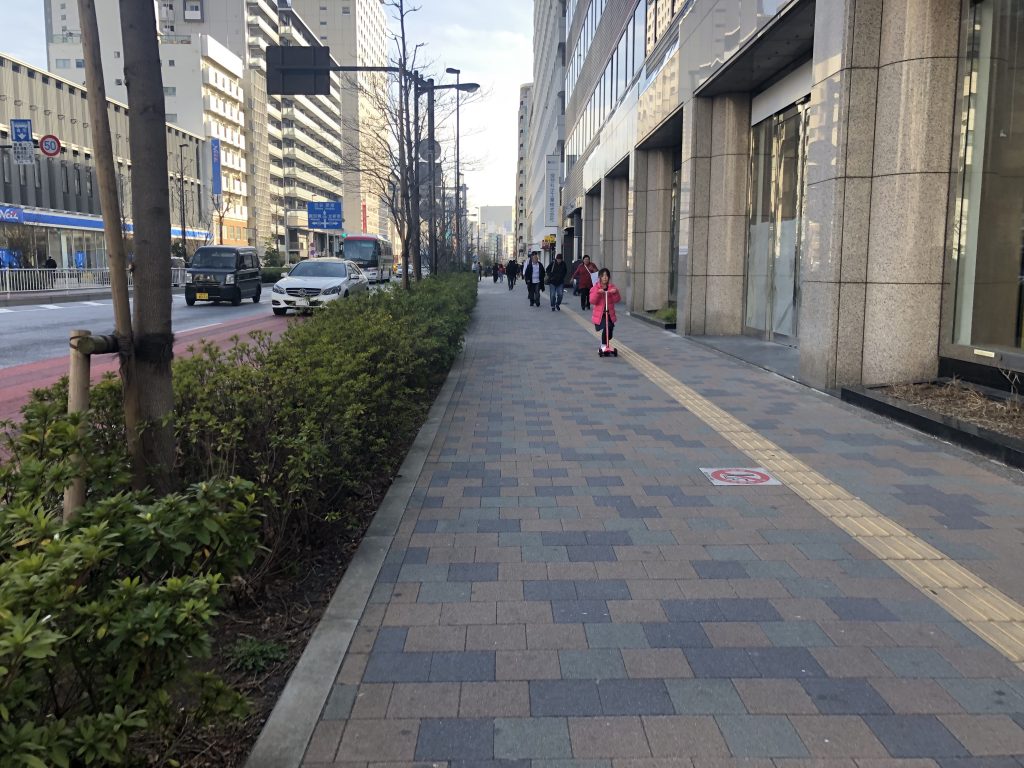 ^Such structure and order. 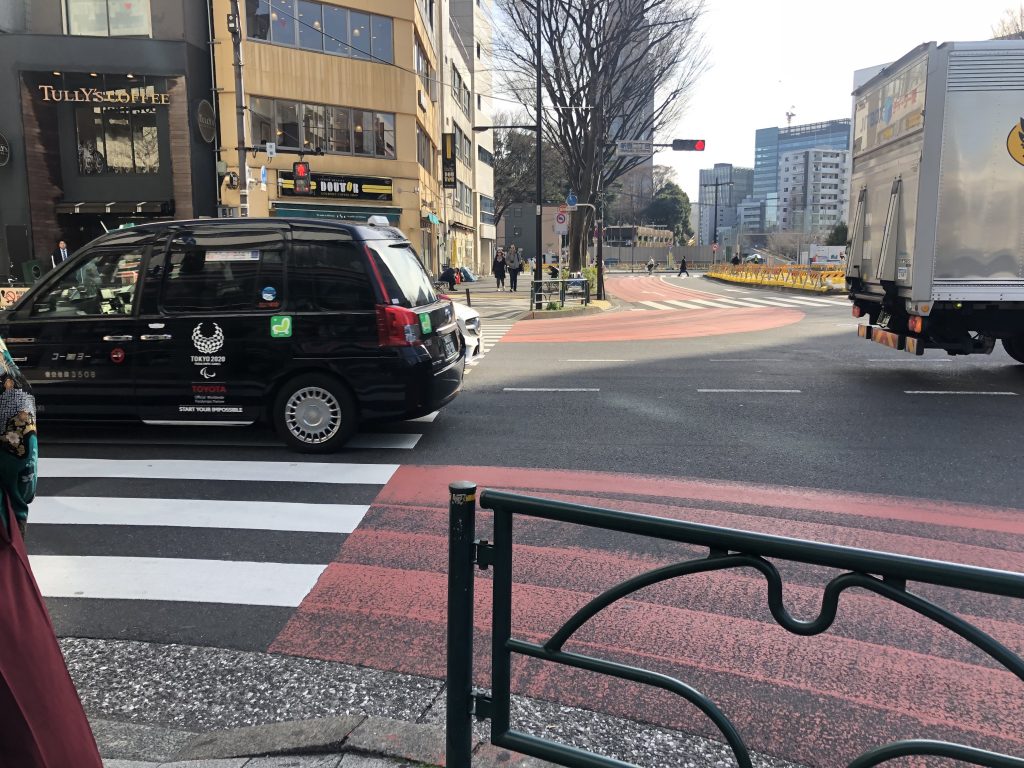 ^Being a city run, I had several stops along the way. 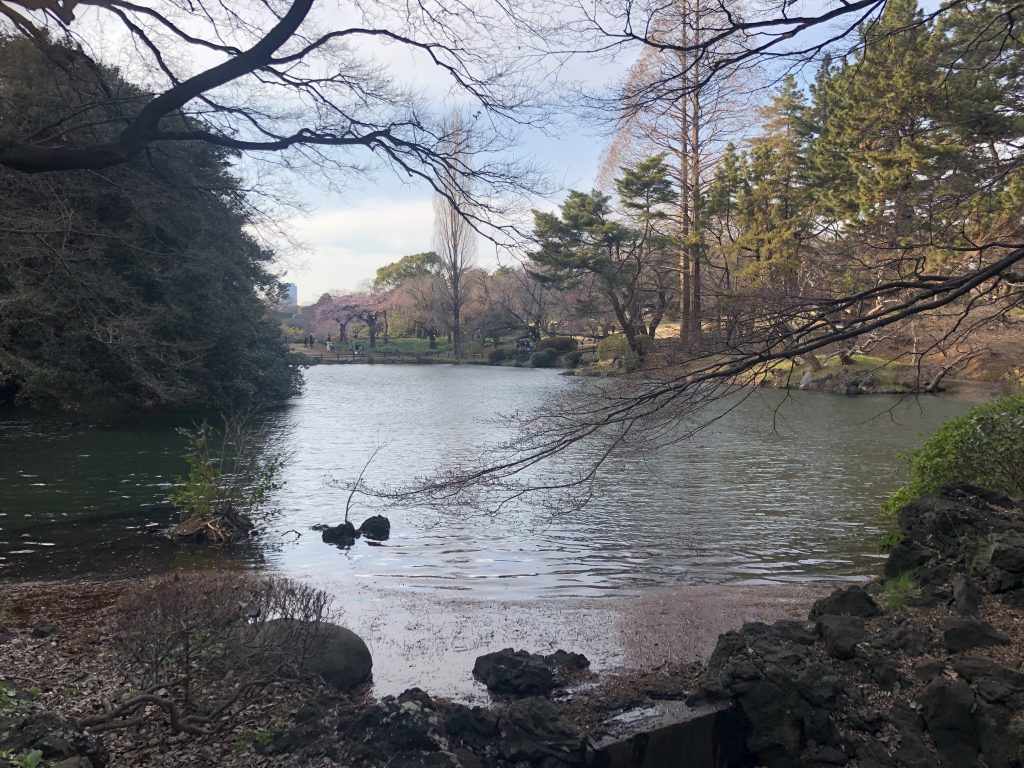 ^Welcome to the Shinjuku Gyoen National Garden.  I wish I would have thought of it sooner — and taken photos every day I ran. It was spring, so the park changed quite a bit during our 3-weeks in Tokyo. 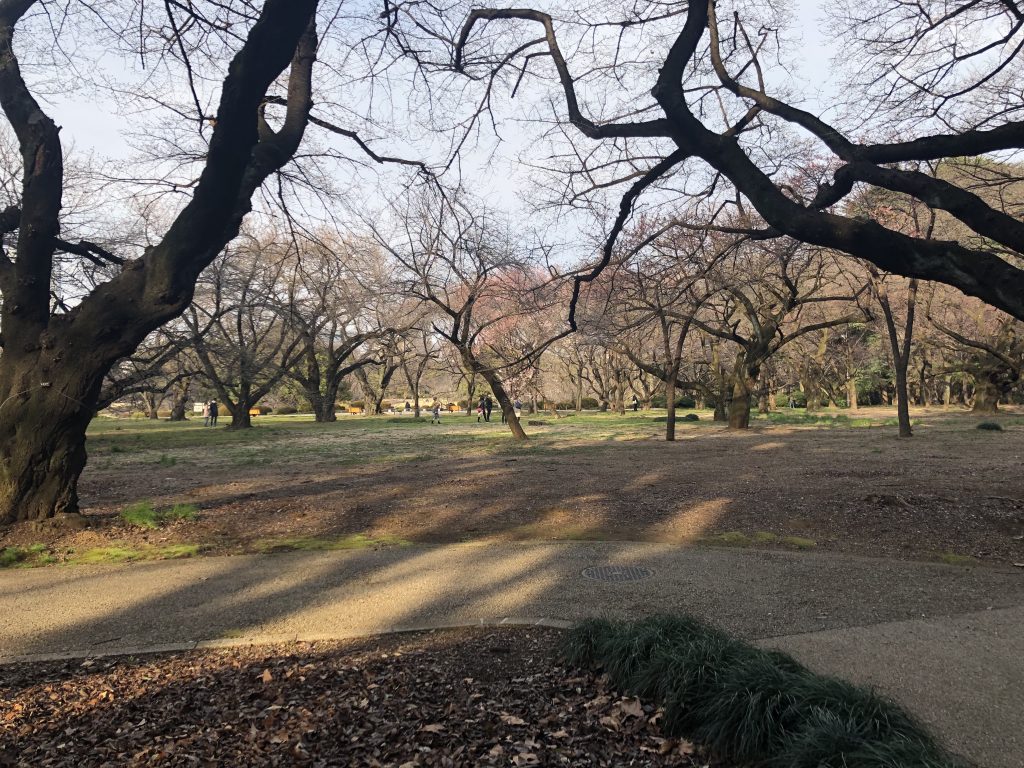 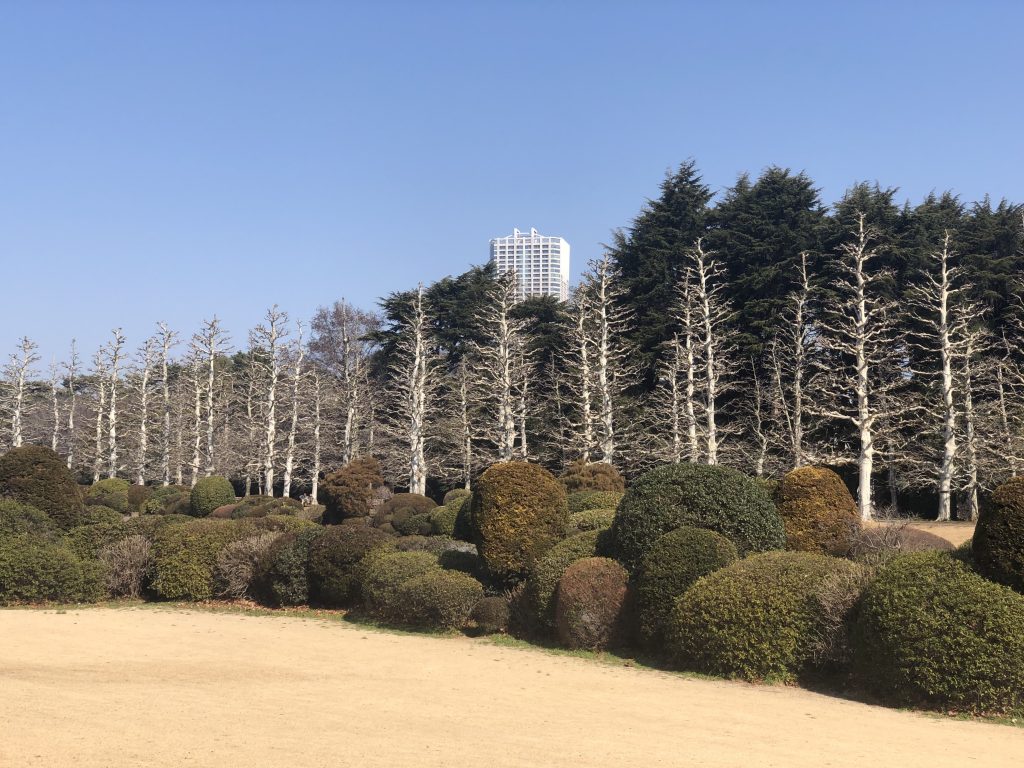 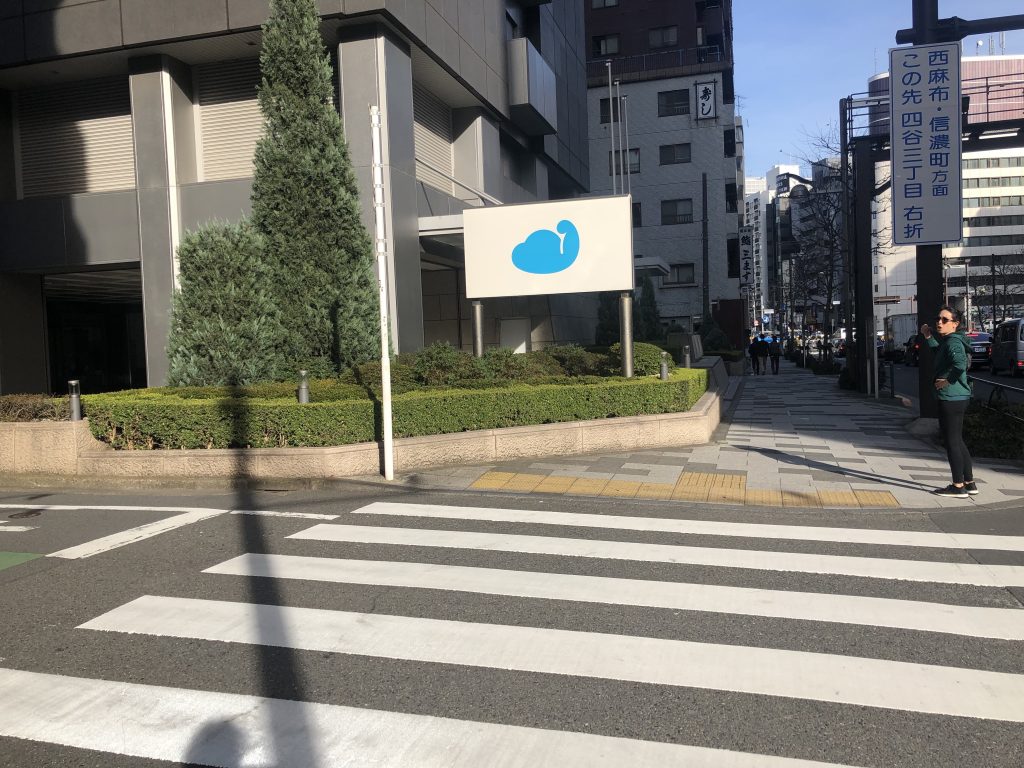 ^I have no idea what this sign is, but I loved it. 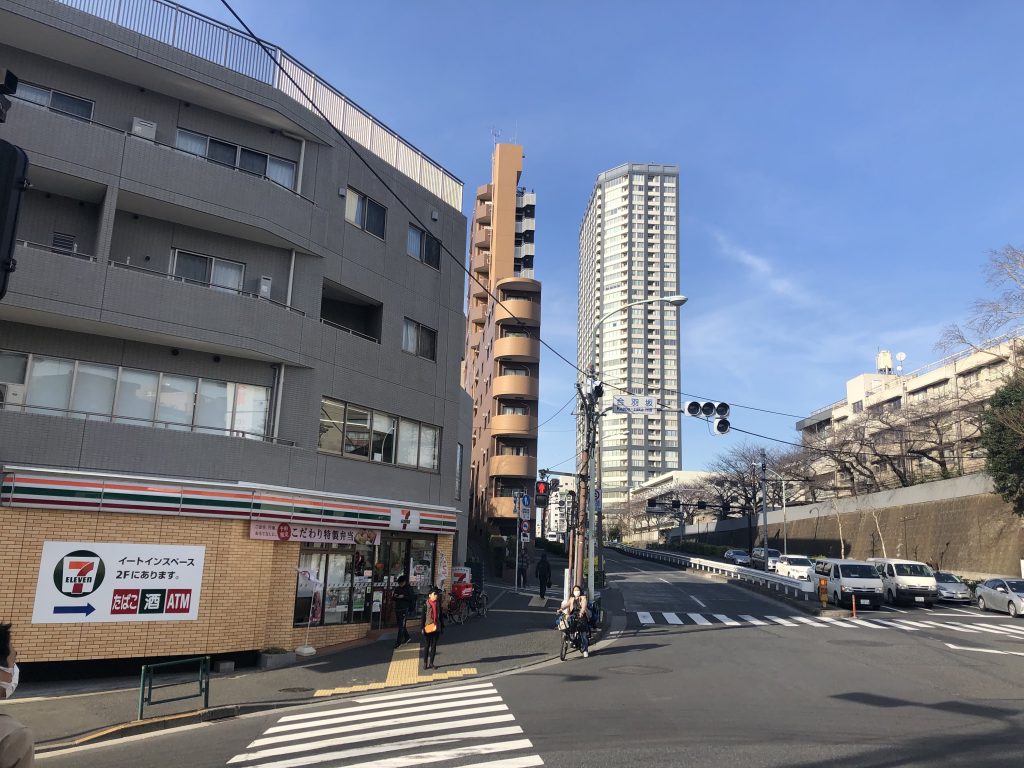 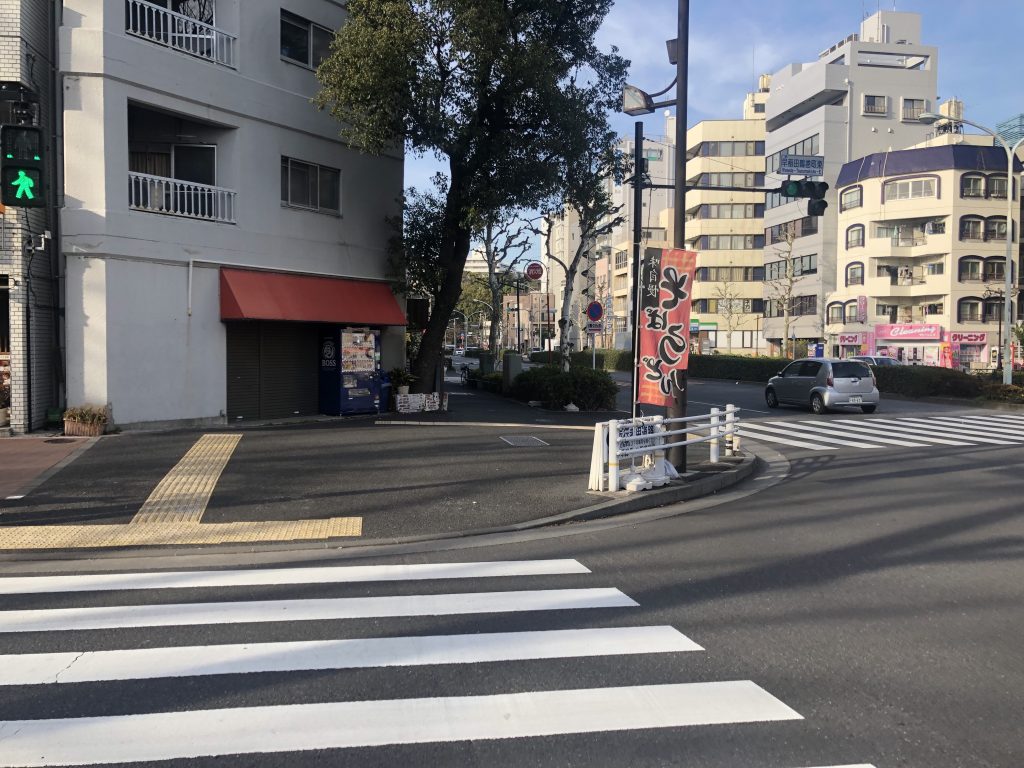 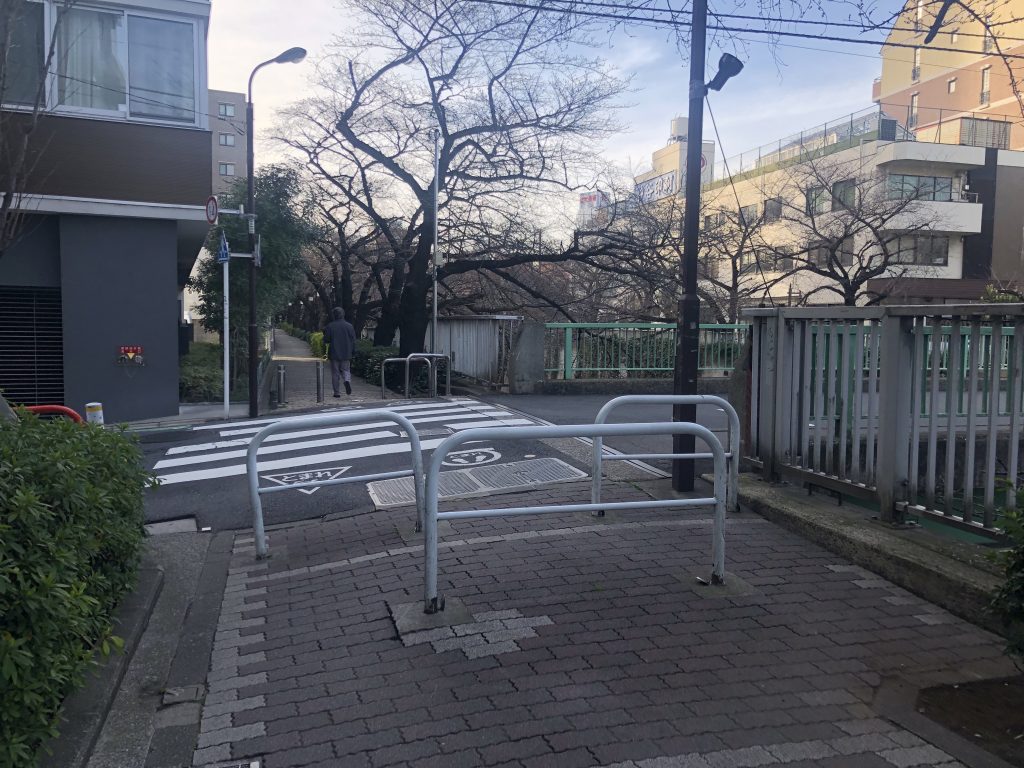 ^ This is the Kanda River path. 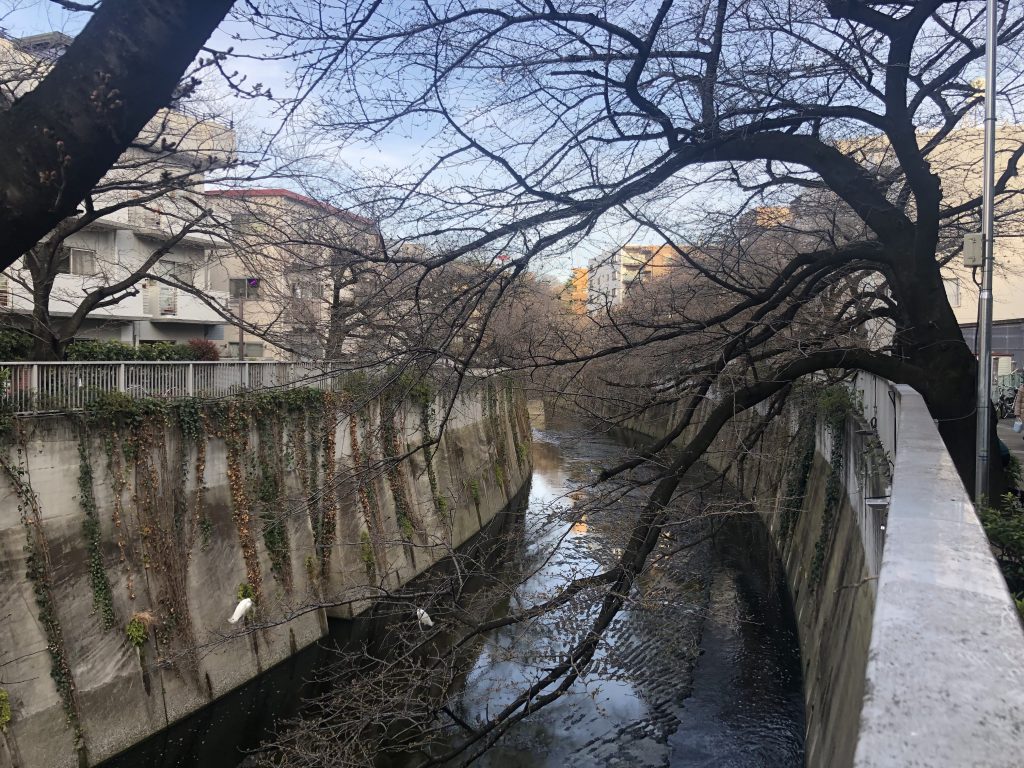 Finally, let’s talk about smells! On every run, I’ve always had a smell. In London, it was cigarettes smoke. In Amsterdam, it was marijuana. In Kiyv, it was body odor. Italy it was manure. Sitges was the ocean breeze. Tanzania was my sweaty mess. Chiang Mai was the exhaust from all the vehicles.  And in Discovery Bay, fresh air. Discovery Bay was the first city without a distractive smell, so I guess the lack of “smell” makes it distinct. And now Tokyo – Tokyo smelled of spring. It rained a lot while we were there and the city was starting to bloom.  I found it very interesting that in a major city such as Tokyo, the city has such a fresh smell.

As for coffee, Tokyo is right up there with Amsterdam and Kiyv. I wrote an entire post on my favorite coffee spots in Tokyo.   Verve was by far my favorite coffee in Tokyo. I went several times during my 3-week stay in Tokyo. Coffee was amazing, lots of variety. The staff is very helpful and knowledgeable about both coffee and brewing methods. I purchased several bags of coffee, ground them, and enjoyed them at home as well.

At the house, I stuck with my French Press.  I was able to find cream at the store pretty easily and so I was all set. Oh, and I picked up my Tokyo coffee mug from Starbucks at the airport and I used it all month. 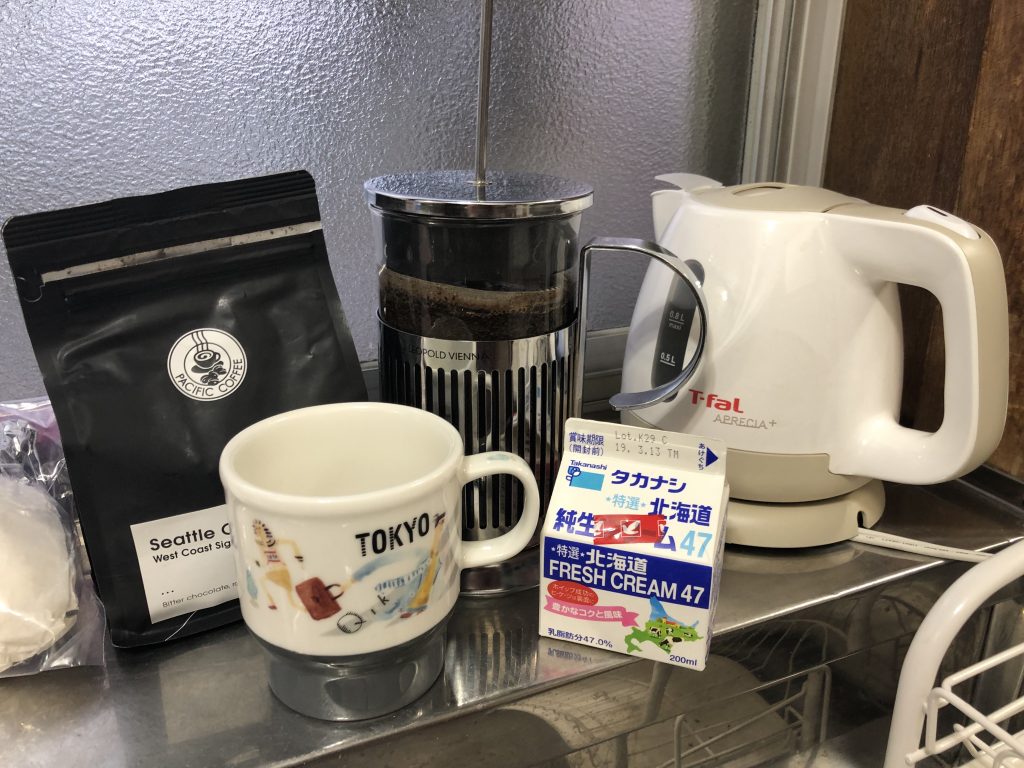 Self-Care in Tokyo was easy but pricey and a struggle because of the language barrier.   There were nail salons everywhere, so it was easy to find, but I struggled with communicating what I wanted to the nail tech.  I ended up popping into a place called Plus Lounge during one of my mom’s day out days. I wanted something fun and spring-ish, so I settled on white polish with pink glitter flakes. It reminded me of the cherry blossom trees and probably my favorite polish selection of the entire trip.   It didn’t last well, but I loved it. 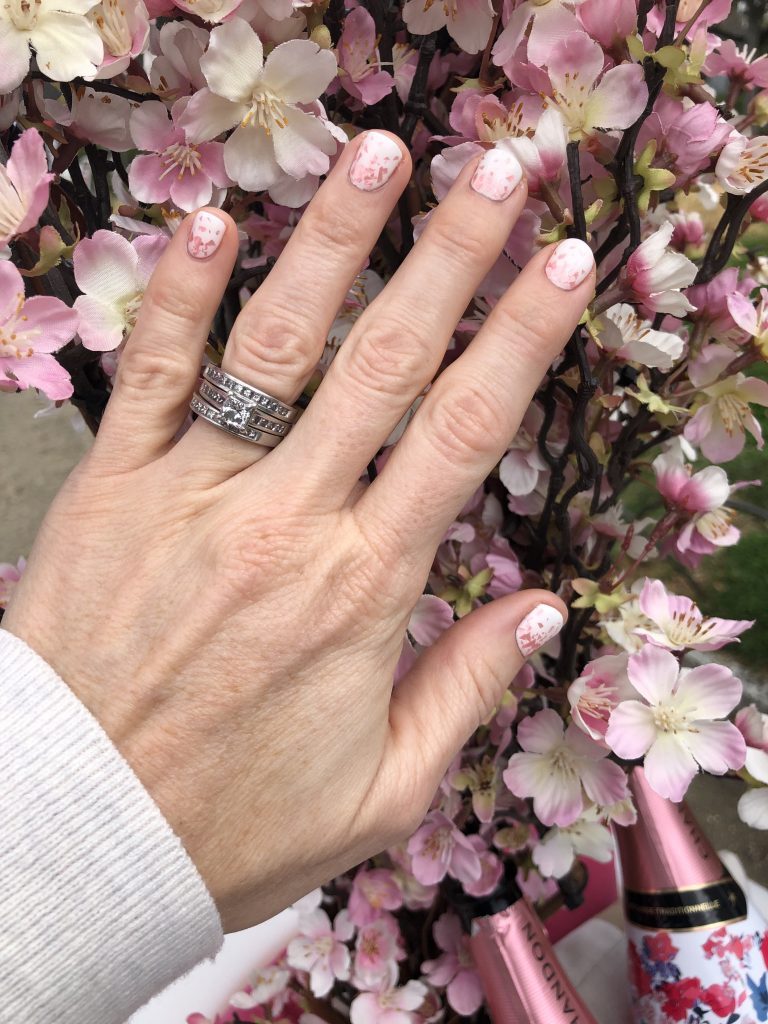 I did research and find a place to get my lashes done. I skipped it in Hong Kong, so they were very grown out and honestly the few lashes I had left were extremely itchy. I found a Pro Care Eyelash, which had a few English reviews that were pretty solid, so I opted to give it a try. I booked my appointment in-person, though there is also a WhatsApp number for English speakers. The day of my appointment the technician took great care in discussing what I wanted and making sure I understood my options. The appointment was about 2-hours total for a full set of lashes.

What I loved about Tokyo:

What I didn’t love about Tokyo:

Here are a few of my favorite pictures from Tokyo: 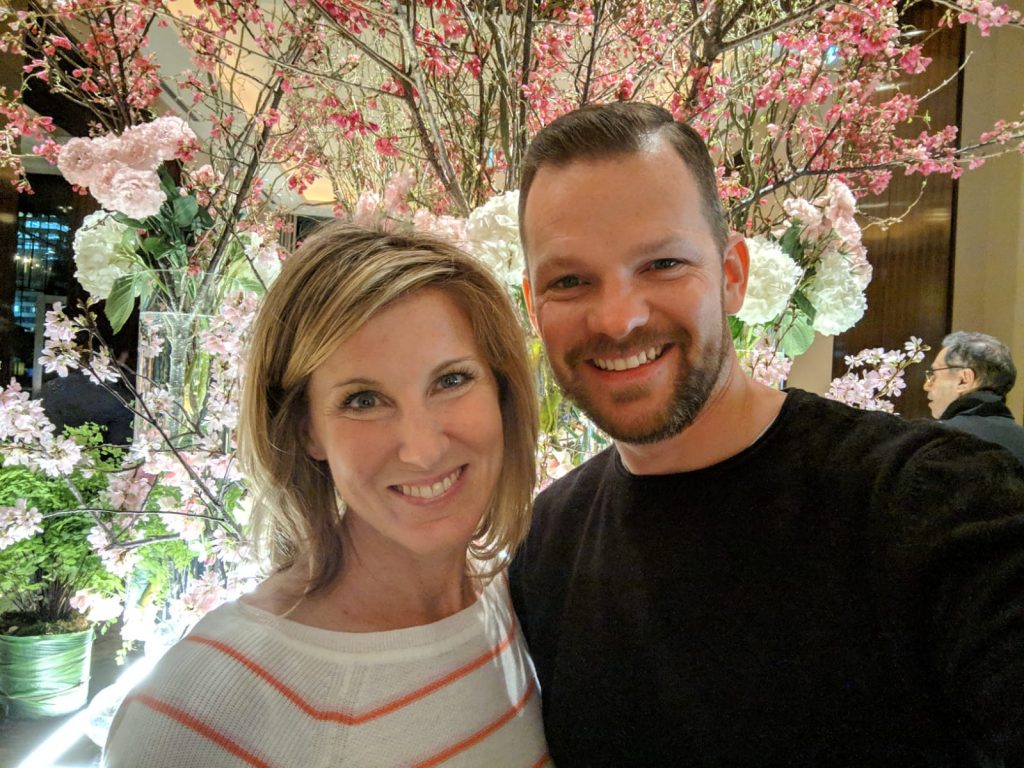 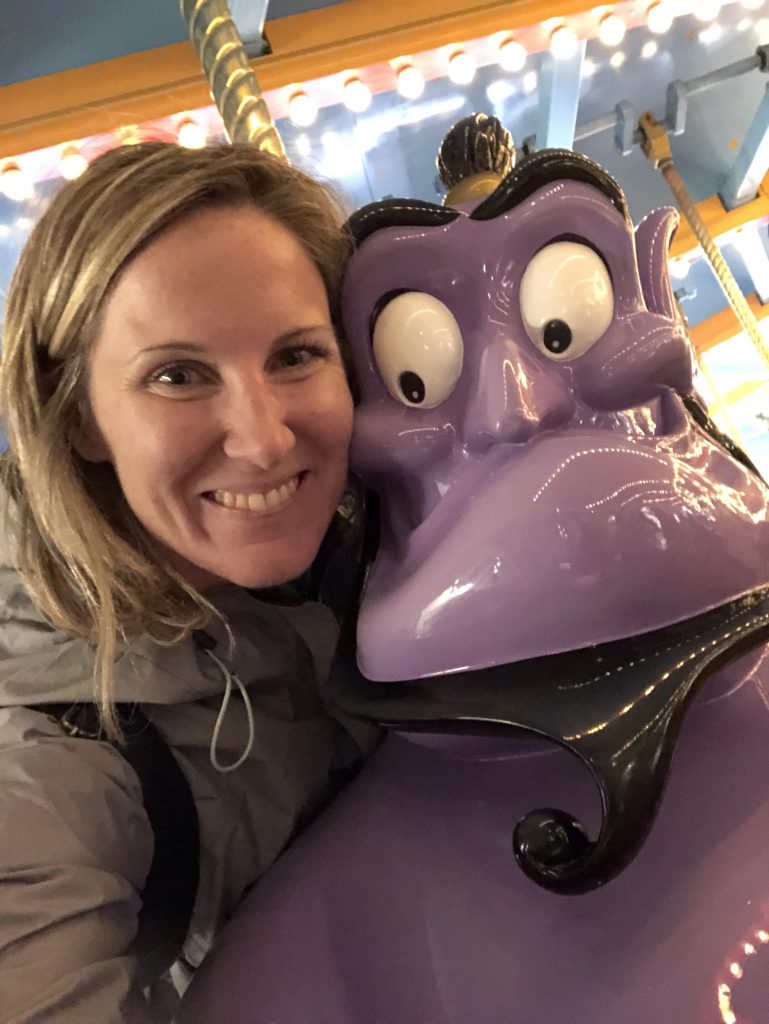 ^ This is from the carousel at DisneySeas! That was such an amazing day. 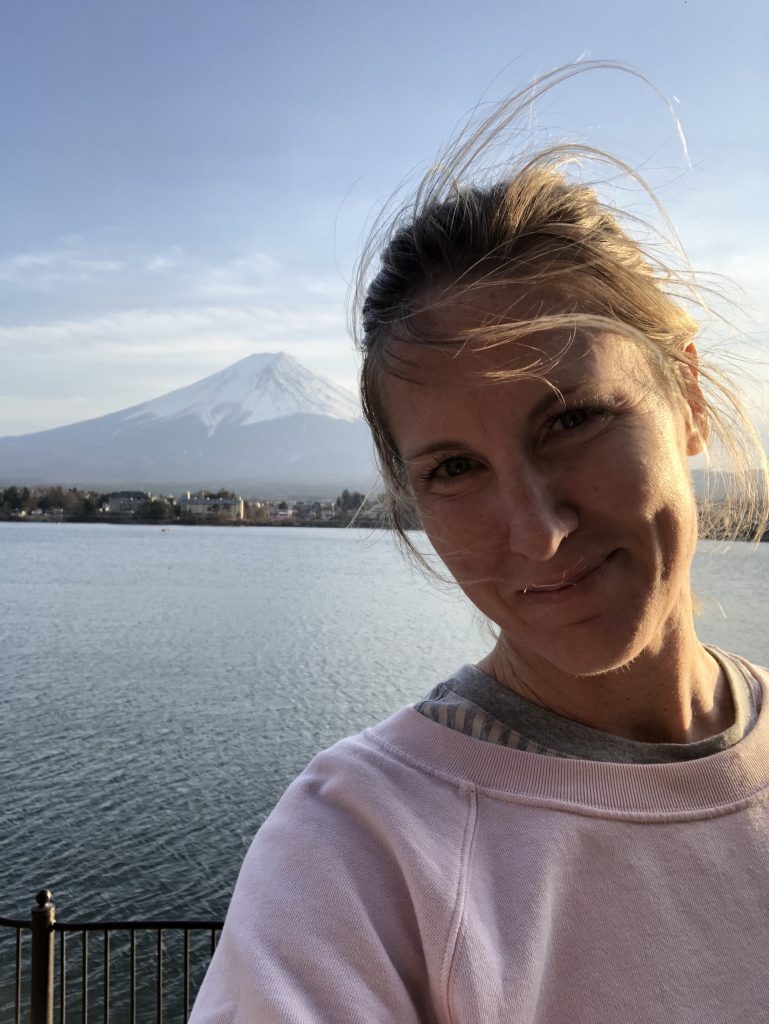 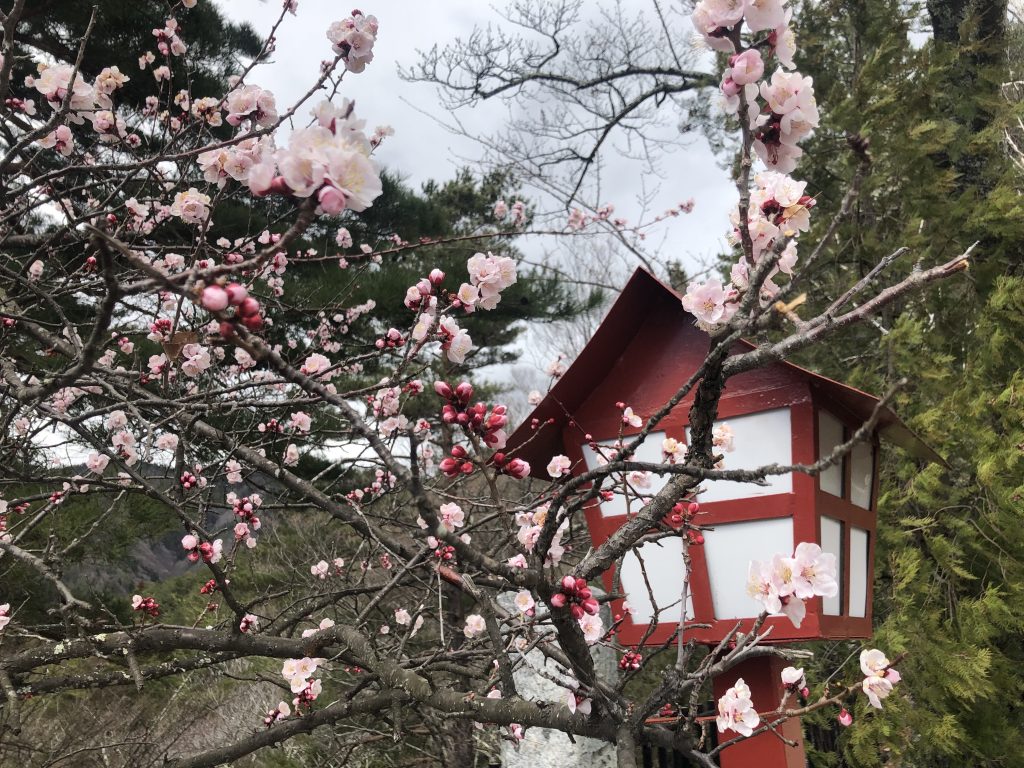 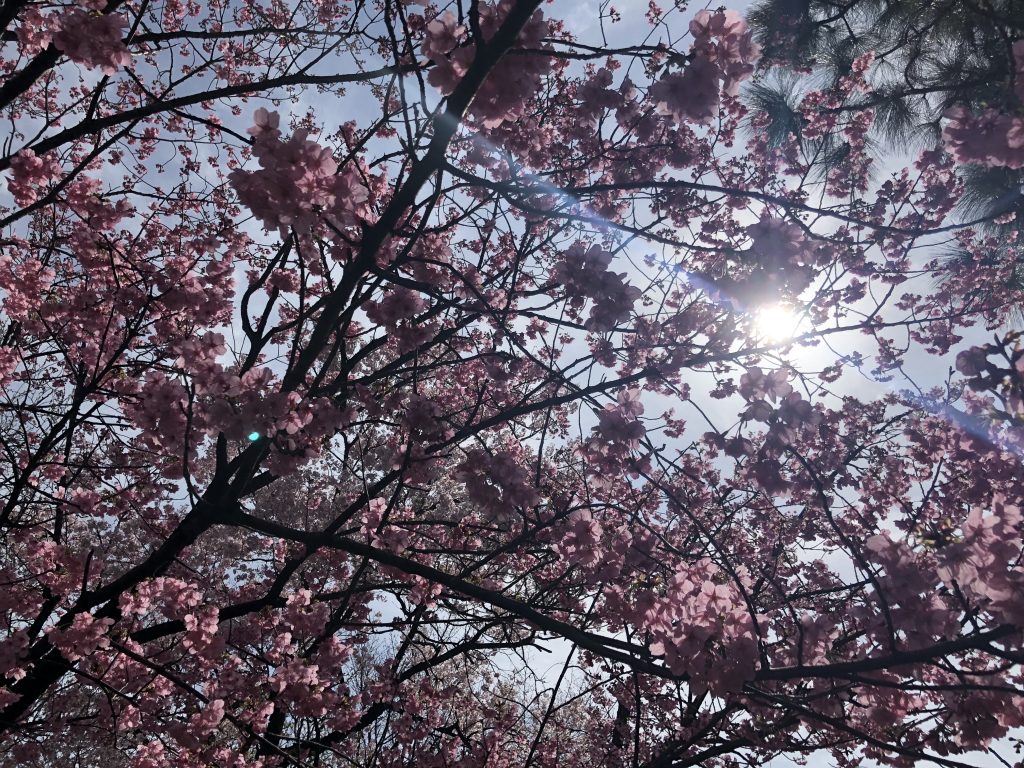 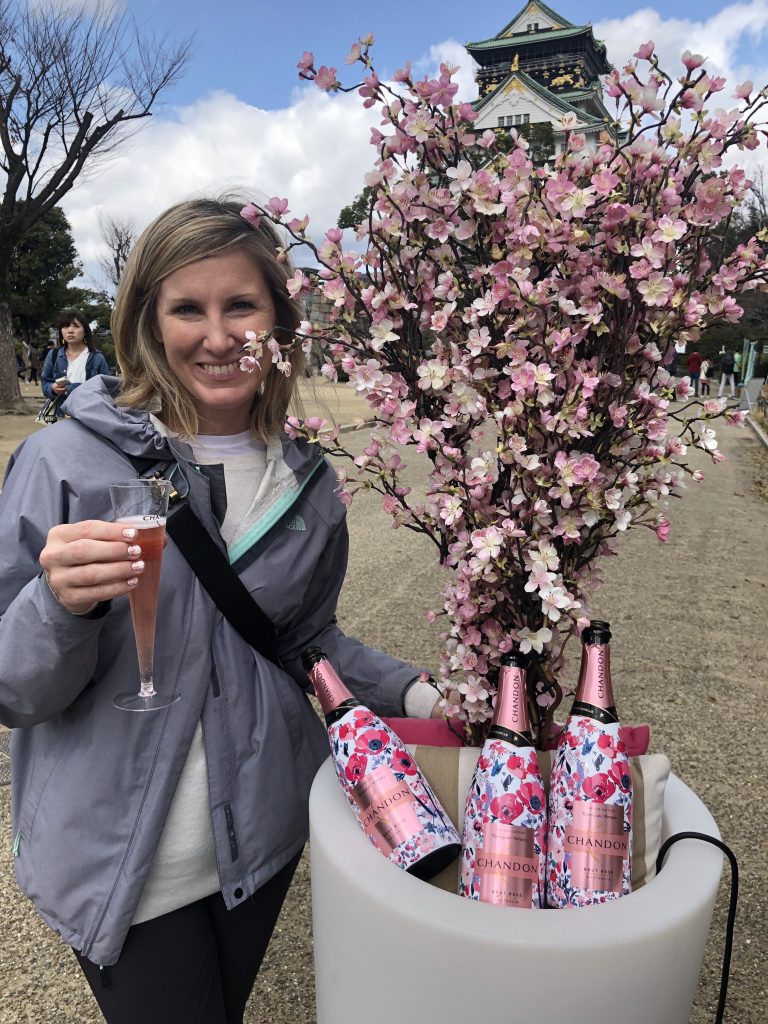 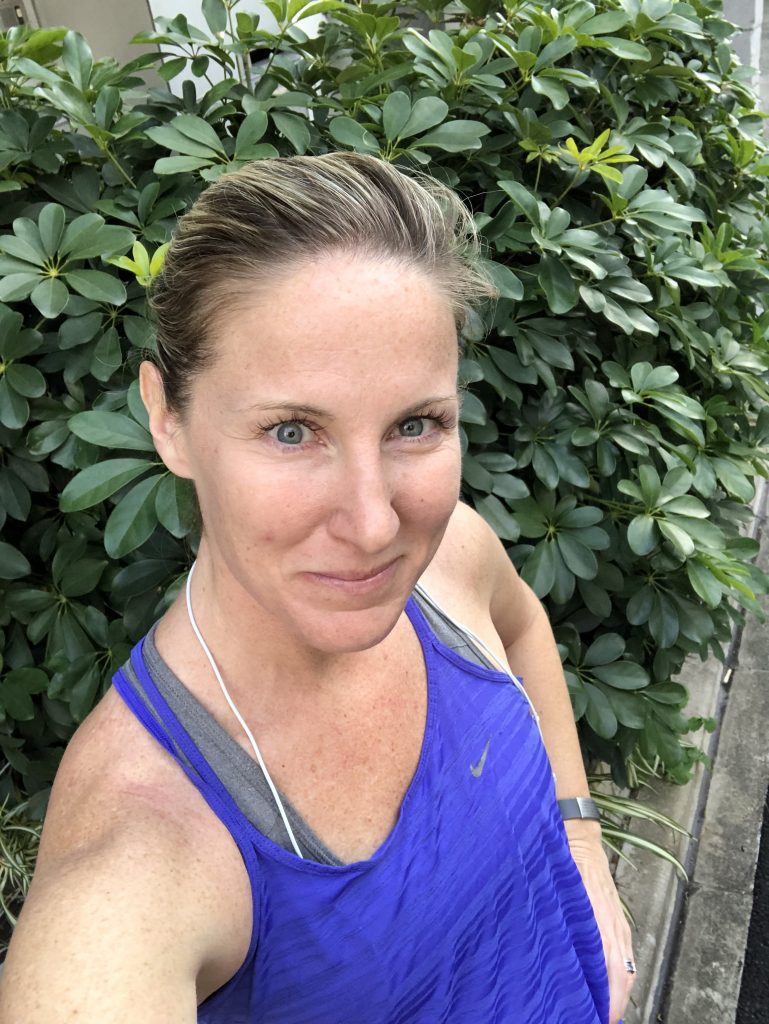