Discovery Bay is an interesting city when it comes to “faith.”  It didn’t take me long to become aware of the lack of churches in the Bay, as in, I literally never saw a single church the first couple weeks. I was walking down a back alley in the Discovery Bay Plaza when I saw my first, and only church.  It actually made me a little curious about the lack of religion.

The great majority of the population mostly follow Chinese traditional religions, which comprehend the worship of local gods and ancestors, in many cases not declaring this practice as a religious affiliation in surveys. The traditional Chinese religiosity was generally discouraged during British rule over Hong Kong, which favored Christianity. With the end of the British rule and the handover of the sovereignty of the city-state to China, there has been a renewal of Buddhist and Chinese folk religions.”

The only thing I could come up with;

Here’s are my data points from Discovery Bay, I’m honestly not sure I can complete them:

As for, what does “Sunday” mean, I found more families out on Sunday’s.  Most of the Helpers are off on Sundays, so it really is a family day.

Literally, the only church I ever saw in Discovery Bay: 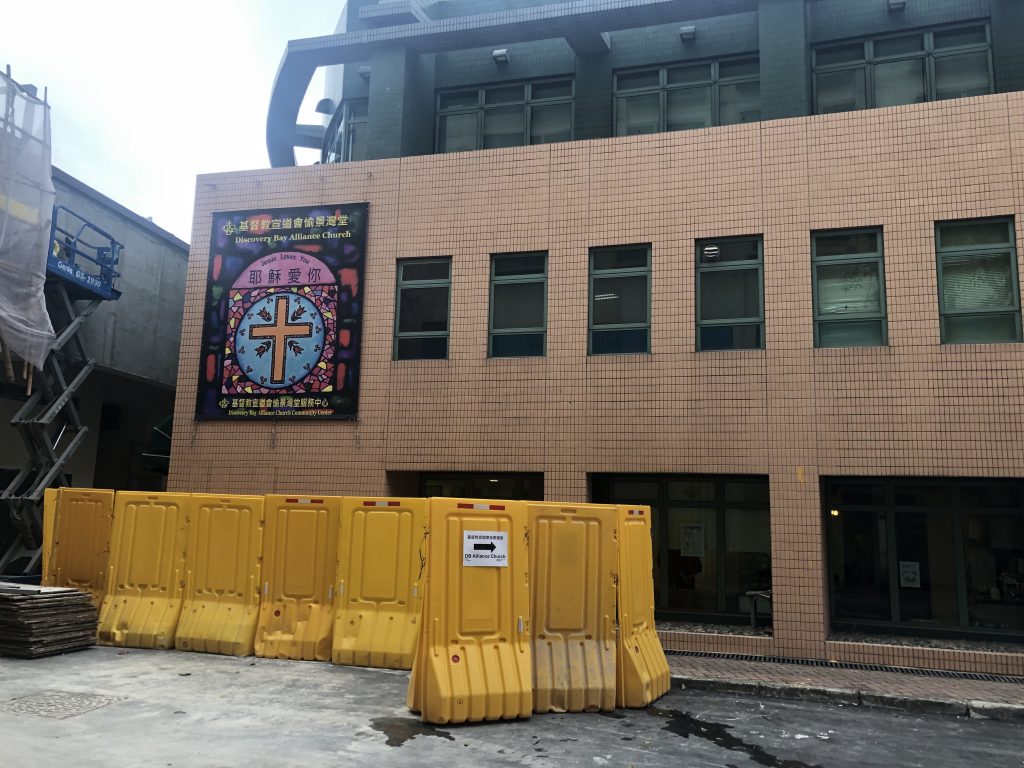