As I’ve said in previous posts, Mirano was a very small town and it was difficult to find any English-speaking locals. I can’t really tell you that I have a good understanding of family specifically in Italy, though I do feel like I got a good feel for the general culture of the city.  Everything is much slower, and I do mean everything.

From my observations, life just runs at a slower, calmer pace in Italy. As an example, the entire city shuts down in the afternoon. From about 1pm to 4pm, all the businesses and restaurants close. It’s like the entire city take off for a siesta, which at first, I found slightly annoying, but by the end of our month, I felt like I was ready to siesta along with everyone else.  I also learned that most business, including restaurants, also take a full day off through the week. The ice cream store was closed on Thursdays, the bakery where we got Nolan’s birthday cake was closed on Wednesdays.

I can also share stories from two different families living in Italy;

During one of our weekend trips, we went to Florence and met a family that had recently relocated to Florence from California for work; Grace, Dan, and Max.  Max and Nolan became instant friends, so we met up with them our second night in Florence, so the boys could play. I really enjoyed getting to know Grace. She also shared a few things she’s had to adjust to in the move to Italy from the states. Two things stuck with me specifically,

During another one of our weekend trip adventures to Venice, we had a 45-min cab ride with lovely driver named Fernando. He shared a lot his family, including his 2-girls, and living in Italy.  He was born and raised in Italy but would move to the United States in a heartbeat.  He basically said that Italy was dying. He said there’s basically been a mass exit of the younger population leaving Italy and a massive influx of immigration.  He had recently moved his family further into the countryside to try to improve the quality of life for his girls. He explained he went to meet his daughter’s teacher and found that of the 20-children in her class, only 5 were native to Italy.  He felt this was a huge challenge for the learning environment for his children because of all the languages the teacher was constantly trying to integrate into the classroom instruction.

Here’s my final thought on Italy:

So many great memories from Italy, but here are a few of my favorite pictures: 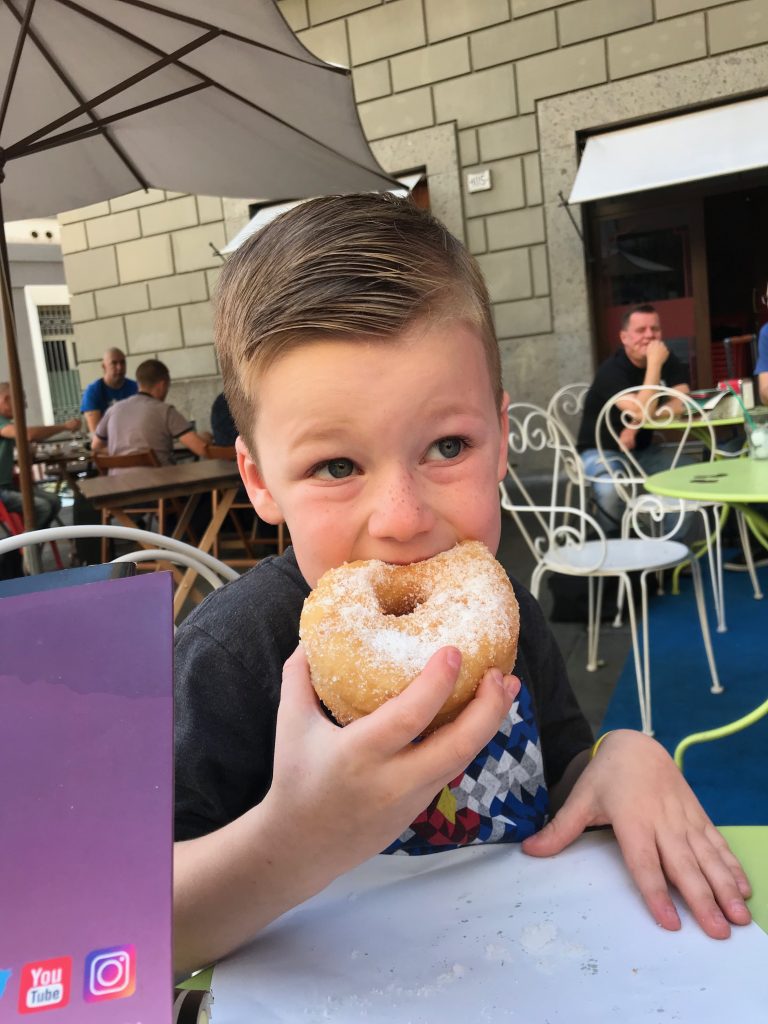 ^My favorite picture of Nolan from Italy. He truly learned how to savor his treats in Italy. 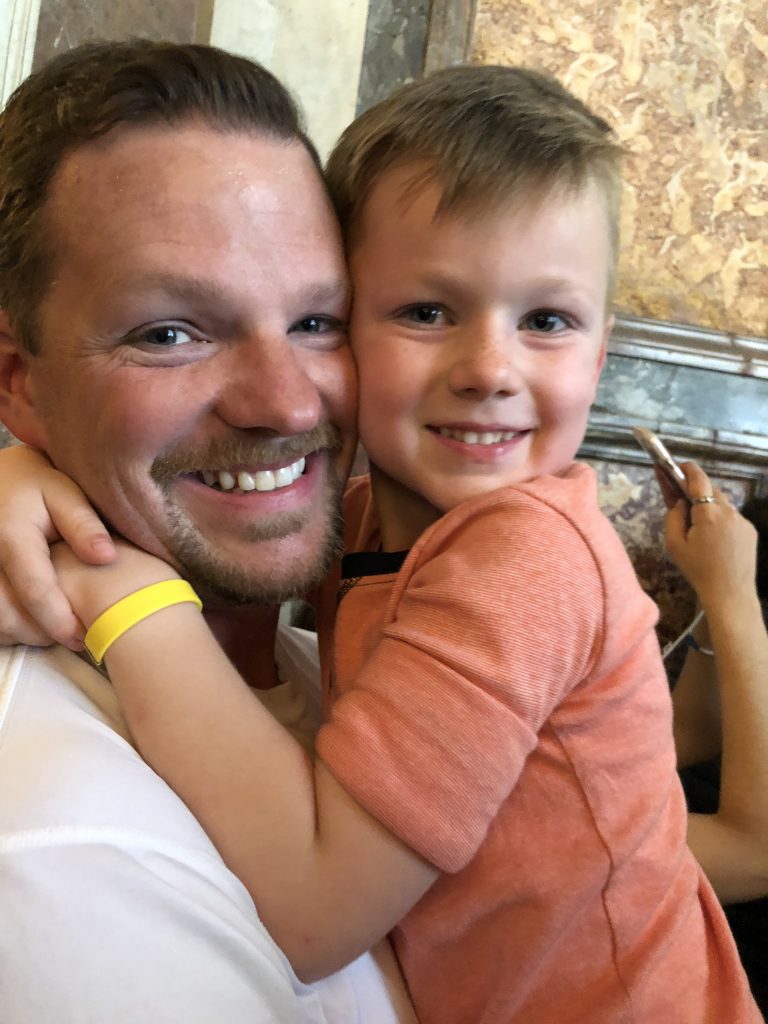 ^My favorite picture of Jim and Nolan from Italy. This is from our tour of the Vatican City. It was rainy day and overly crowded on the tour. Nolan was getting trampled, so Jim picked him up and carried him for the majority of the tour. 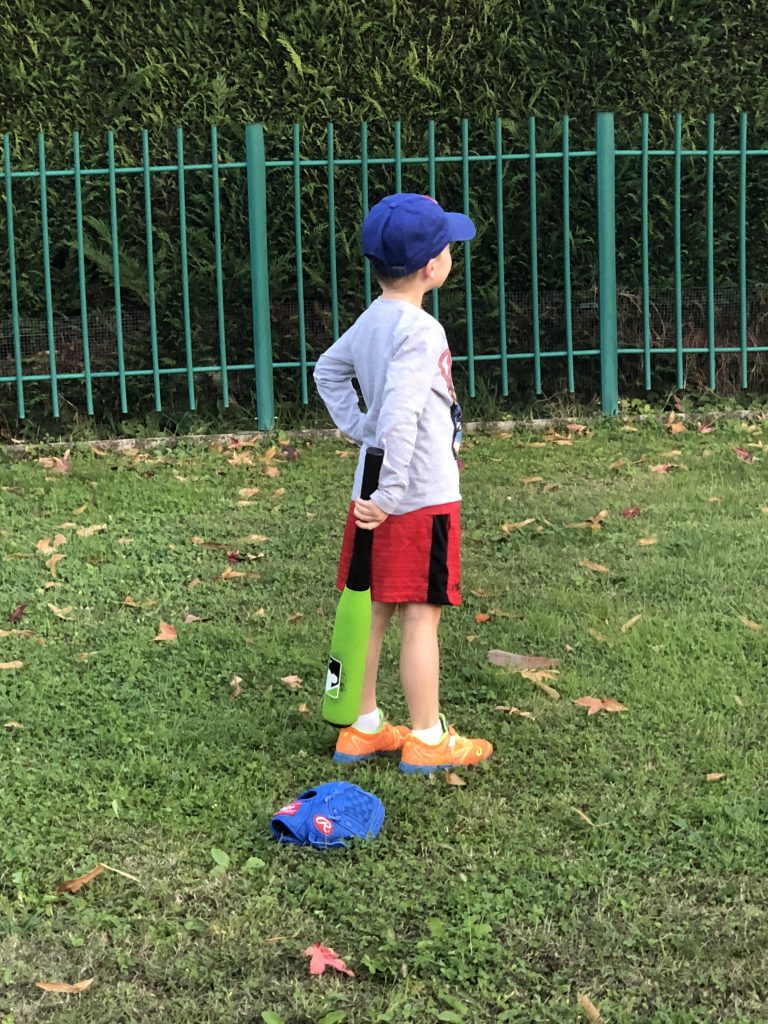 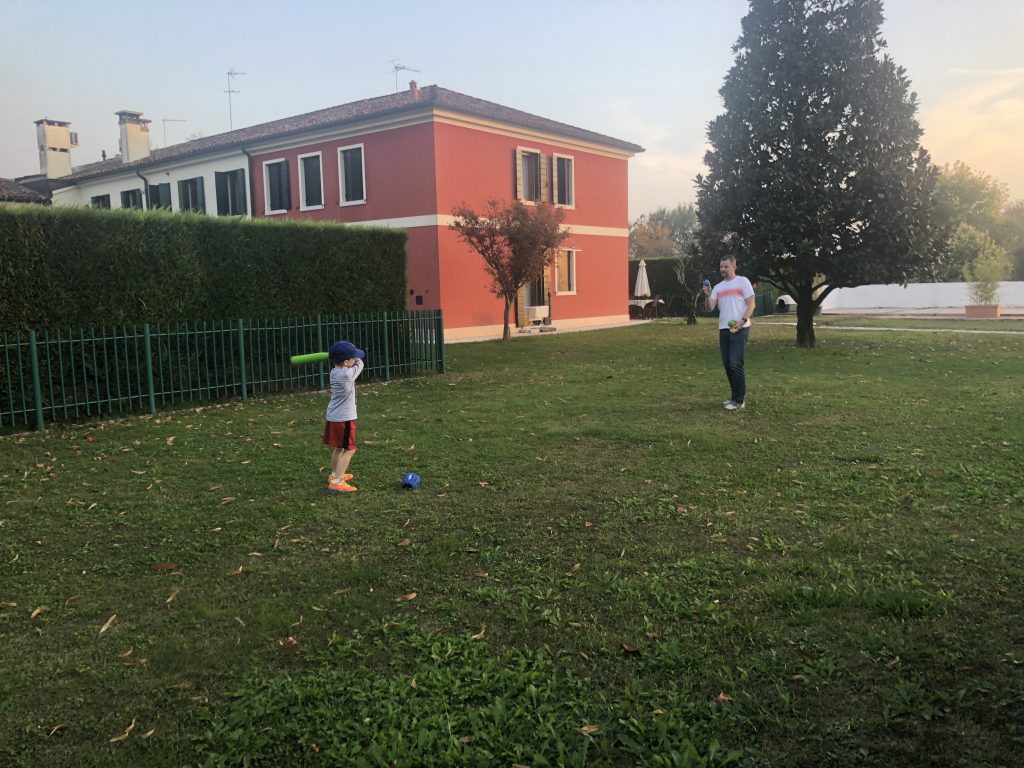 ^Nolan and Daddy playing baseball in the yard at the house in Mirano. 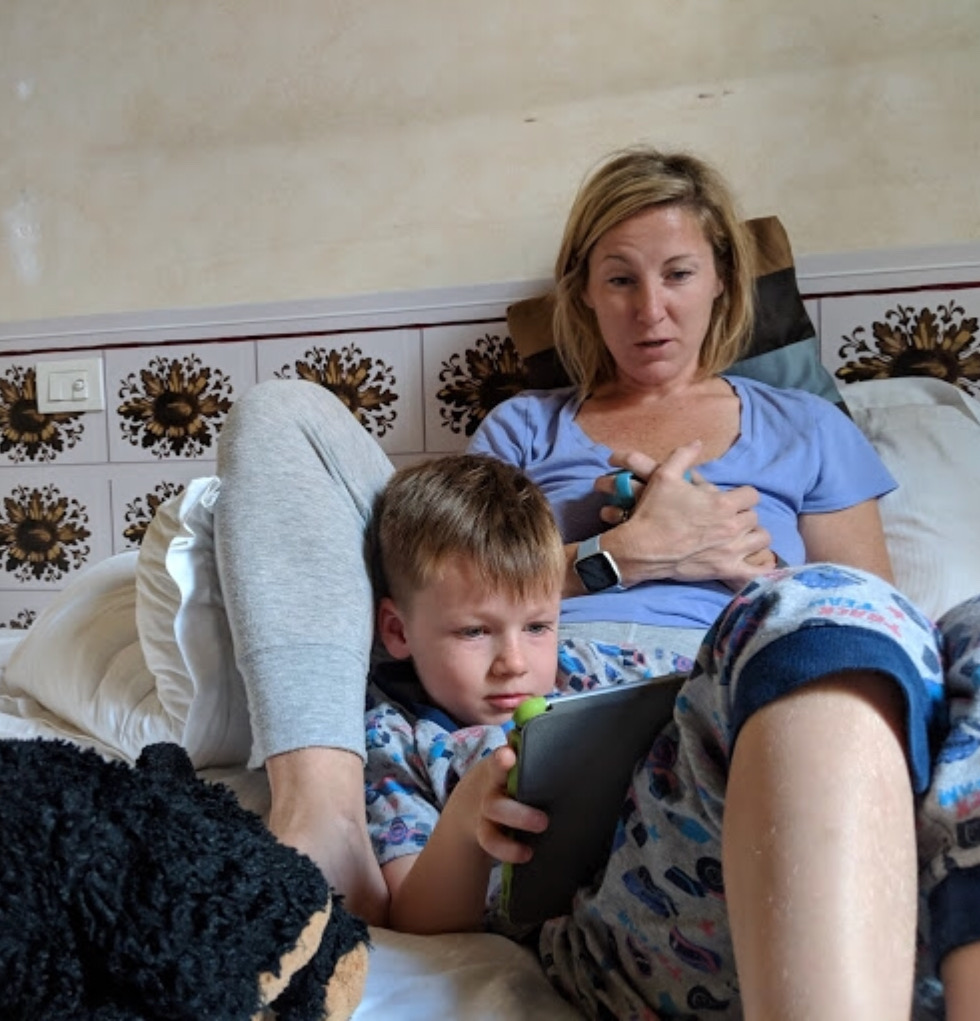 ^This is one of my favorite pictures of me and Nolan. We are in a B&B in Rome. I am enjoying a cup of coffee, typical me, and Nolan is showing me his Minecraft world.

^This is my second favorite picture of me and Nolan. We are traveling to Sorento on a boat and Nolan fell asleep on my lap. I can’t help but think … by the end of this trip, there is a very strong chance he won’t fit on my lap anymore. 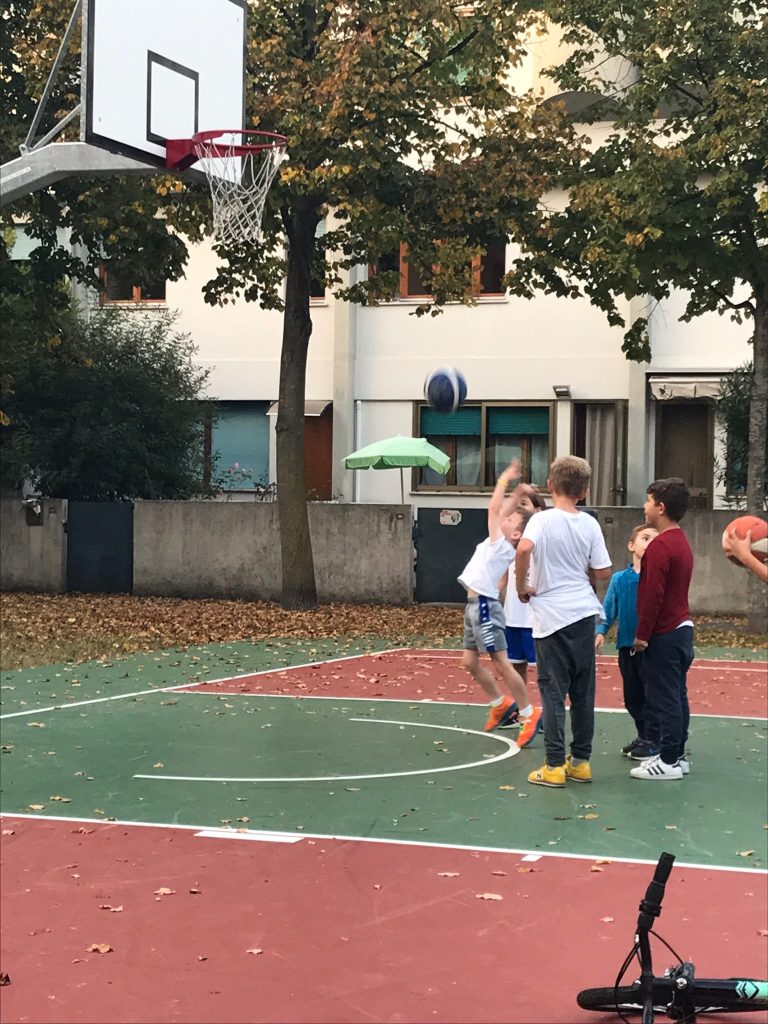 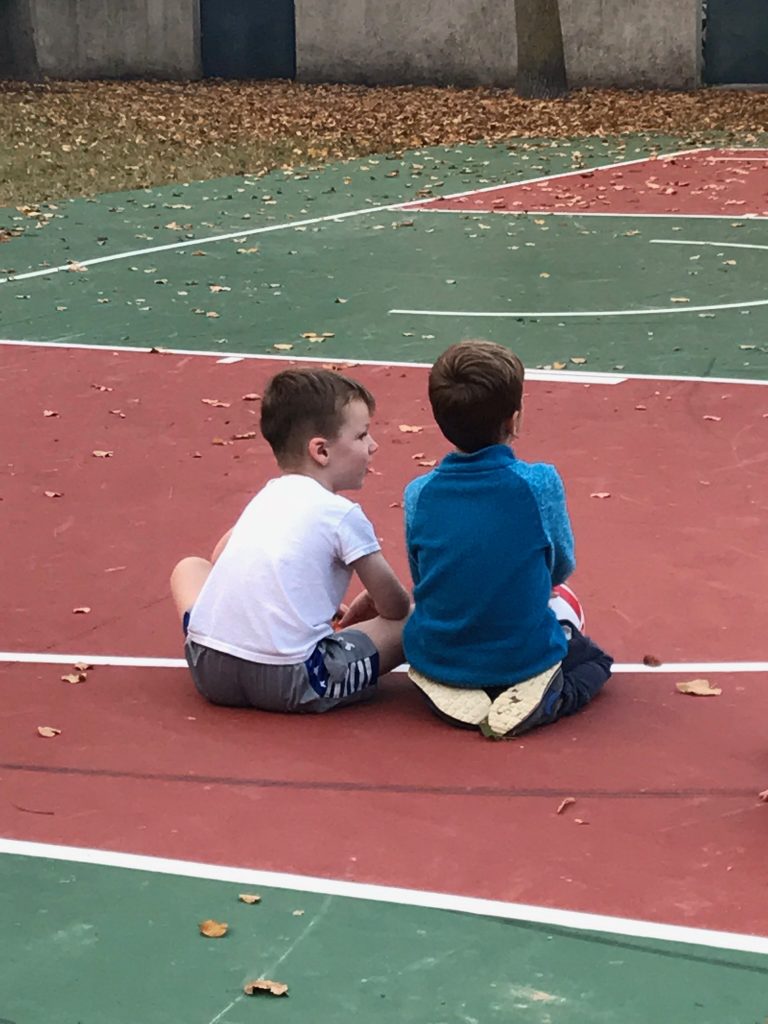 ^These are a couple pictures of Nolan playing at the local park at our house in Mirano. 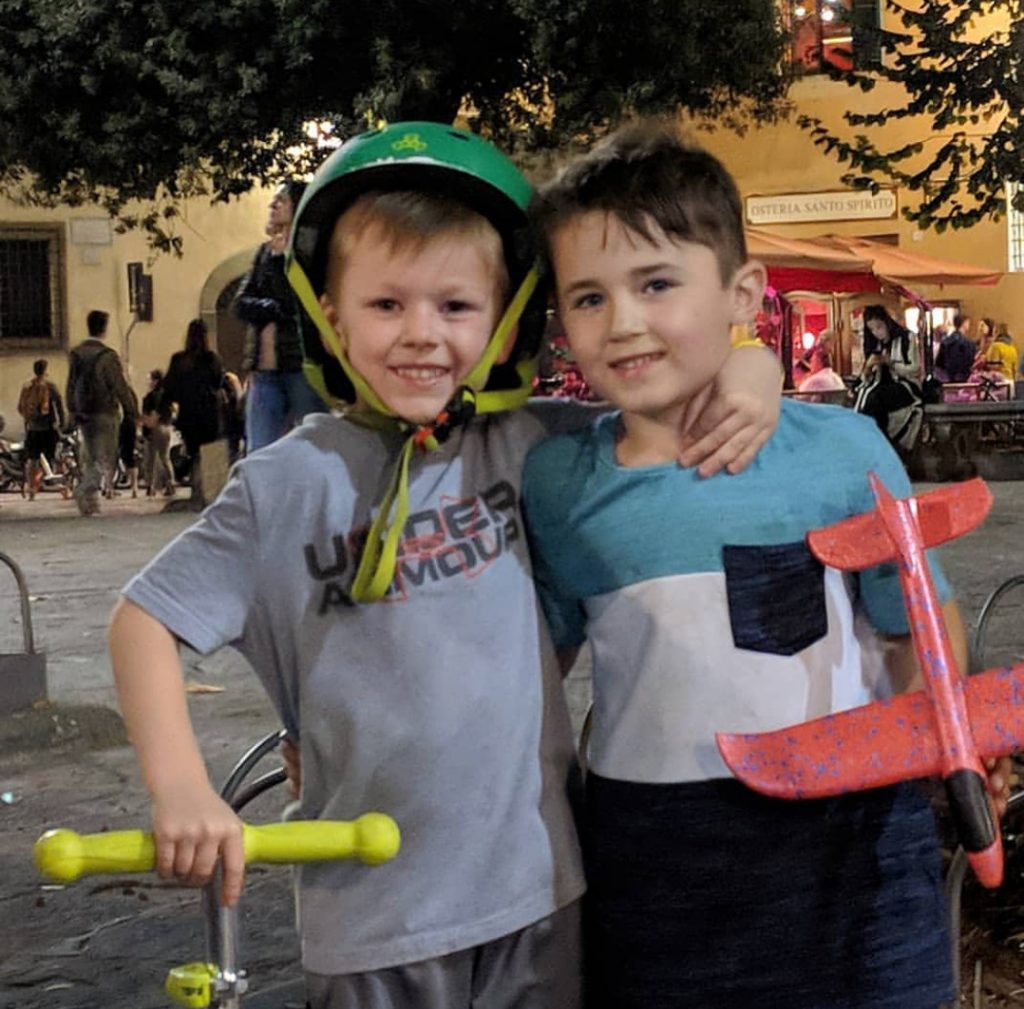 ^This is Max! We are excited about the possibility of meeting up with him again in Tanzania! It’s pretty cool to see Nolan making international friendships.