One of the topics I was most interested in learning more about as we travel is FOOD.  In a previous post, I shared my transition to the Keto Life, which has made me more aware and self-educated on our nutrition in the United States.  So before I get started, I wanted to get a baseline of what food looks like in Fishers, Indiana.

Our hometown of Fishers is a pretty typical American suburb.  Our “local” grocery is a Kroger, which recently became a Super Kroger.  Sunday’s was a typical meal-plan day for our family.  I would research recipes, make a grocery list, and Nolan and I would go shopping that evening.  A typical grocery bill was about $200 per week, and on average, I would make dinner 3 to 4 nights per week.

The Kroger was 1.2 miles from our house and I drove to the store each week.

I took baseline numbers of our Kroger:

Overall, it’s a massive store with more varieties of food than I even realized until I stopped to actually count them. In addition to the endless aisles of pre-packaged foods, there’s a deli counter, meat counter, cheese counter, bakery, full-service restaurant, Starbucks, florist, and pharmacy.  It’s a one-stop shop where I could find most anything I want.

I think this is pretty typical for an American grocery store. If anything, I probably purchased more fresh food than the typical American family because I honestly love to cook and bake.  It will be interesting as we travel to see how I’ll make it in other cities. 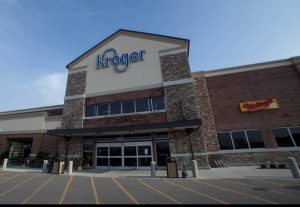 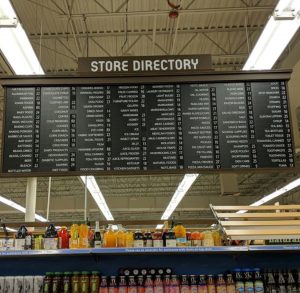 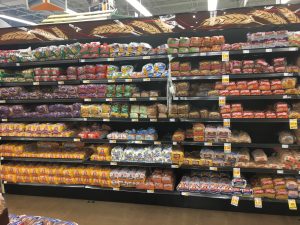 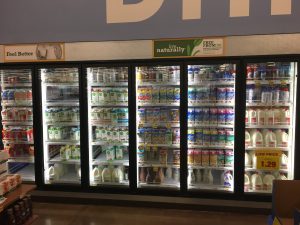 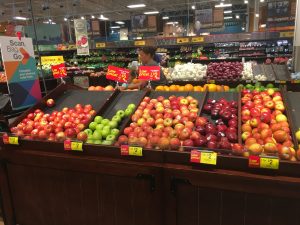