Amsterdam reminds me a lot of back home. You’ll find mostly grocery stores here, not little markets. From our time here, I can say there are really two types of grocery stores.  You’ll find the big box stores and then the little specialty stores. We did our initial stock-up at a big box store call Albert Heijn.  It was a short 10-min bike ride from the house.  Yes, bike ride. No big stock-up shopping trips in Amsterdam, we made lots of little trips to the store because we always had to carry our haul home via bicycle. Nolan and I would take Bertha, our bucket bike, but we could still only carry so much. Everything was super fresh and nothing lasted long.  What we bought, we ate within a couple of days.

Here are a few things about the food in Amsterdam.

Here are a few photos from our shopping trips! 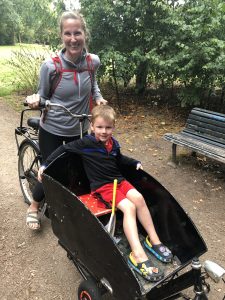 ^Nolan and I with Bertha! 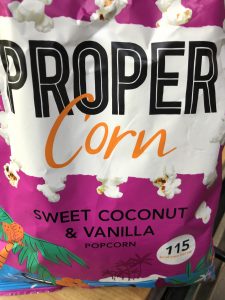 ^This is the A-mazing popcorn.  If you ever find it, buy it! 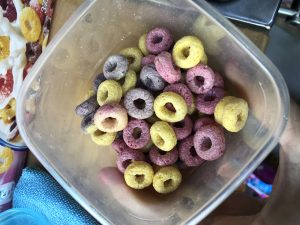 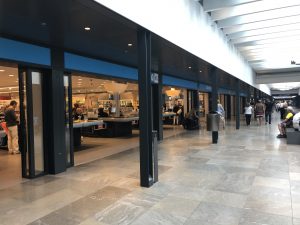 ^Albert Heijn was inside of a shopping mall, so this was what the entrance to the store actually looked like. There weren’t any pets on the day I took this picture, but I’ll see if I can grab one before we leave Amsterdam. 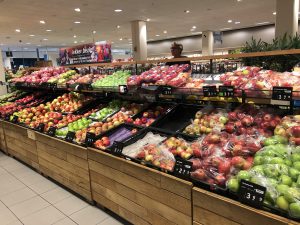 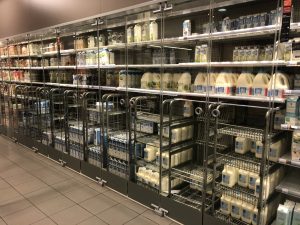