Kyiv has been the first city where I’ve felt a bit of a struggle with food and grocery stores. Upon arriving, Anna, the homeowner, directed me to a Billa just down the street, which is the closest grocery store to the apartment. As usual, we headed for our first stock-up trip the day we arrived in Kyiv. I had my list, mapped walking direction on my phone, and we were off.  As the Anna said, we heard the magic words “you have arrived at your destination” within about 5-mins. The only problem, we did not see the Billa anywhere.  We kept walking and wondering and finally realized, everything here is underground.

There is literally an entire shopping mall about 5-mins from the apartment, but it is entirely underground. It’s 2-levels, complete with a food court, Tommy Hilfiger, Lush, and even a L’occitane and as Anna said, there is a Billa at each end of the shopping mall.  Let me introduce you to the Billa.

The Billa is a small grocery store with most of the basics. There is a deli counter, fresh fruits & veggies, alcohol of every kind, and a tiny section dedicated to household products like paper towels, soap, toilet paper, etc. I was able to find most of my check-in shopping list at the Billa.

Here’s my research data on Billa:

Other comments about food and the Billa:

Here are a few pictures from the Billa: 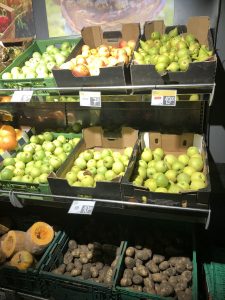 ^This photo includes the potatoes with dirt still on them. 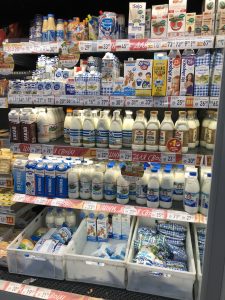 ^This is the milk section. Notice the bags of milk in the 3-bins at the bottom. 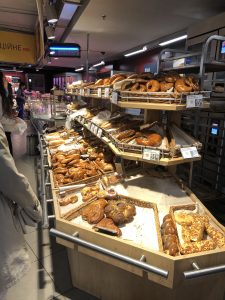 ^All the bread from the Billa was really good. I bought crusty baguette bread several times. 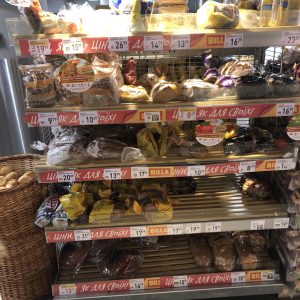 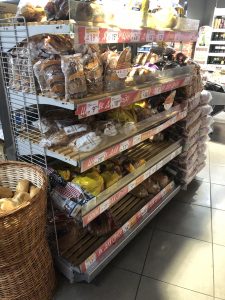 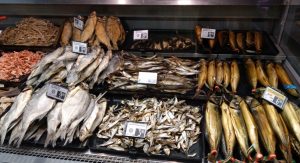 ^Dried fish at the deli counter.