After we settled into the apartment and realized how limited the supplies were and after our visit to the Billa, I knew I needed to find another option for a shopping center.  We needed to find a few more pans so that I could cook and I knew that we were going to need to find options for actual meat.  After a bit of research, I found the MegaMarket, which was about 2-miles from the apartment.

The MegaMarket is almost like a Sam’s Club from back in the US. It’s a very large, warehouse type store.  It’s two levels. On the first level is a grocery store with a huge bakery, meat and deli counter, cheese counter, fruit & veggies, extensive alcohol selection.  On the second level is all home good; pots, pans, towels, sheets, toys, etc.

While in Kyiv, I made followed my US schedule, where on Sunday’s I would make my menu and then Nolan, and I would go to the store on Sunday nights. I purchased all our meat from the MegaMarket, most of our veggies, and then stopped back into the Billa though the week for small items like milk, eggs, creamer, etc.  I was also able to find a good selection of spices and seasonings at the MegaMarket, so we were able to keep up our Taco Tuesdays in Kyiv.

Here’s my research data on the MegaMarket:

Other comments about the food and the MegaMarket:

Here are a few pictures from the MegaMarket: 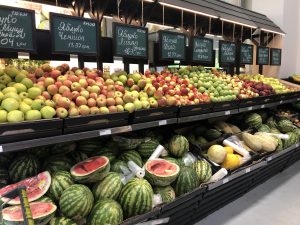 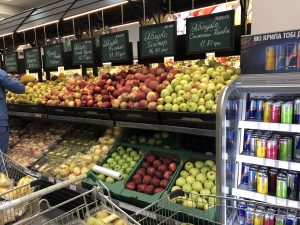 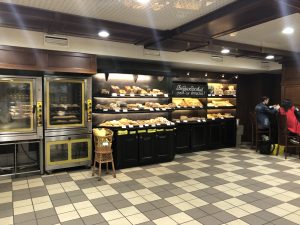 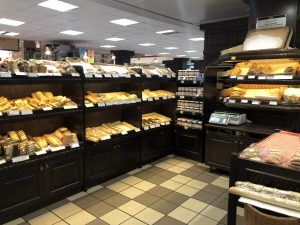 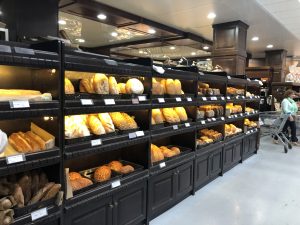 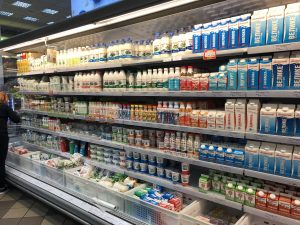 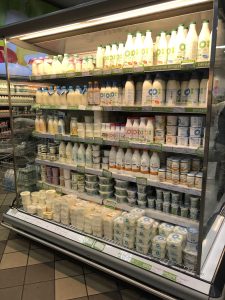 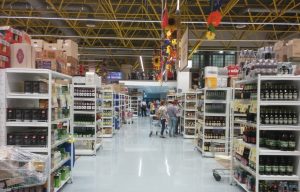 ^This is a look down the aisles, so you can see it’s very Sam Club like. 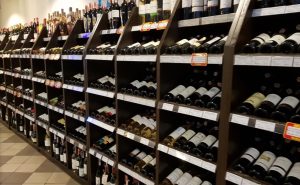 ^Just some of the wine from the Wine Room. 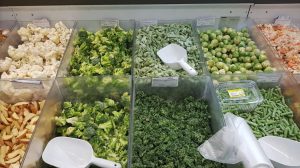 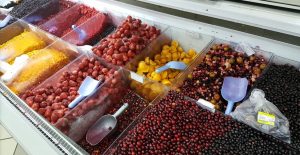 ^This is the self-scooped frozen food. 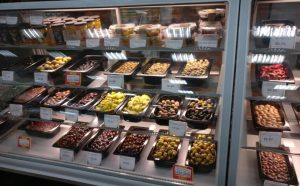