Today was my day with Nolan. I knew I wanted to take him to a toy store, but I didn’t know which one or how to get there. So, we started off the morning like any good dad would do — with donuts! That stop gave me time to do a bit of research and find Hamleys, one of the biggest toy stores in the world!

After devouring our chocolate donuts, we walked over to Wood Green station where I let Nolan pick and pay for his own drink. He was beyond thrilled. As always, it’s the little things that matter to kids. We would be taking the Piccadilly line down to Piccadilly Circus.

“TICKLE ME MORE!” he said with a huge grin and terrific laugh.

I knew Hamely’s was a five-floor toy store, but I guess I didn’t have a full appreciation for what we were about to get into. As soon as we walked in, they were doing a demonstration of a plane that would always come back to you. The guy flew the plan around Nolan multiple times, but then he blew his mind. He asked Nolan to spread out his arms and legs and then flew the plane over his head and through his feet. The reaction was priceless.

As we got off the escalator to the second floor, yes the second floor, you would have thought Nolan entered Heaven. Thomas the Train, Peppa Pig, Paw Patrol, and PJ Masks. All of his favorites, all in one place. As he dropped to his knees to start playing, he exclaimed, “these are all the things I’ve ever wanted!”

Continuing through the massive store, we played with magic balloons, remote-controlled cars, and even floor air hockey. Nolan found the sections for Transformers, Star Wars, and even My Little Pony. And, what would a toy store be without half a floor dedicated to candy and other sweets?

We managed to escape spending less than £30, but it wasn’t easy. We bought the airplanes, magic balloons, and Nerds. 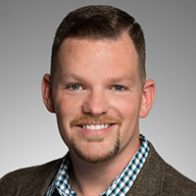