New Zealand really was a second home for me. I have never fallen in love with an entire country so quickly.  Prior to New Zealand, Amsterdam was the top of my list, but looking back … Amsterdam was a great city, but New Zealand is an amazing country.  The views were breathtaking … like everywhere at all times. I remember being so overwhelmed by how amazing Auckland was (which is on the north Island) and then we went to the Queenstown and Christchuch (South Island) … I honestly didn’t think it was possible to be so beautiful. The people were also incredible. Everyone as so very friendly and welcoming. All around, top country for me, so much so that I would move to New Zealand one day! Here’s my recap:

I hit a mental roadblock in New Zealand with my running. I went out for a run our second day in Auckland. It was amazing weather, it was beautiful surroundings and I fought for every step. I think my body was tired and honestly, I struggled with mapping a new run in the area. I was committed to my miles, but knew I had to come up with another option. I researched and found a community center about a half mile from the house, I called, and ended up doing a month membership. Most all of my runs in New Zealand were on a treadmill. BUT I got in my miles and that was my goal.

Though most of my runs were at Birkenhead Pool and Leisure Centre, I did get out a few times and run the trails near our house. My runs through the trails of Chelsea Heritage Park were longer and a bit more of a leisurely trail run. 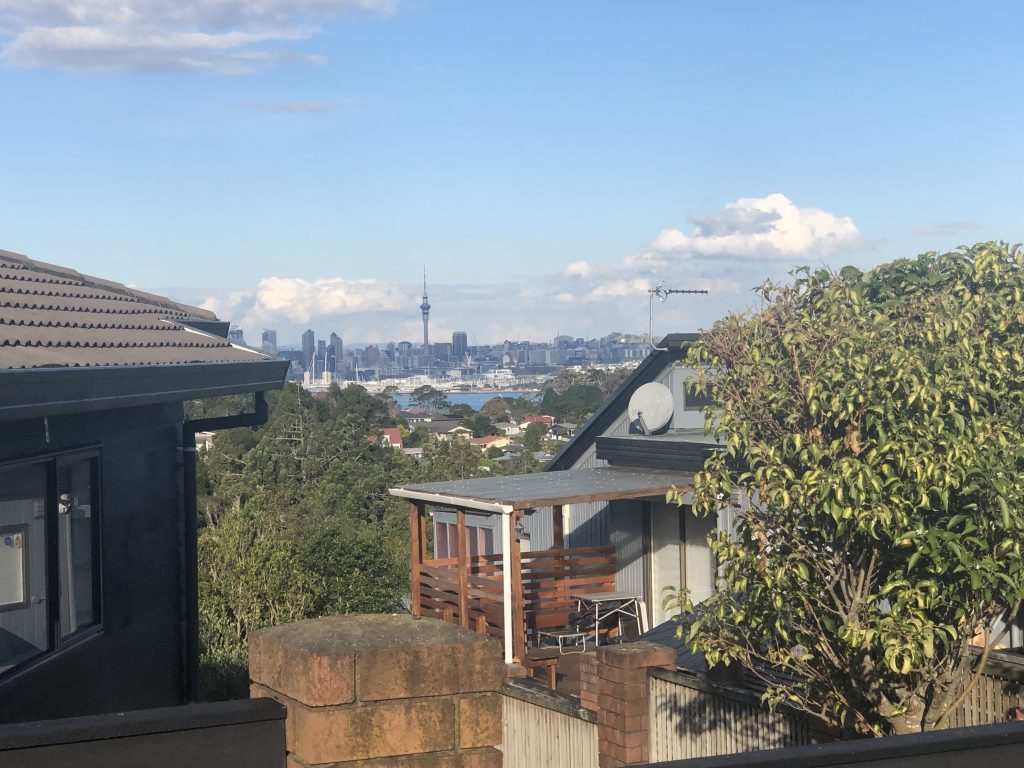 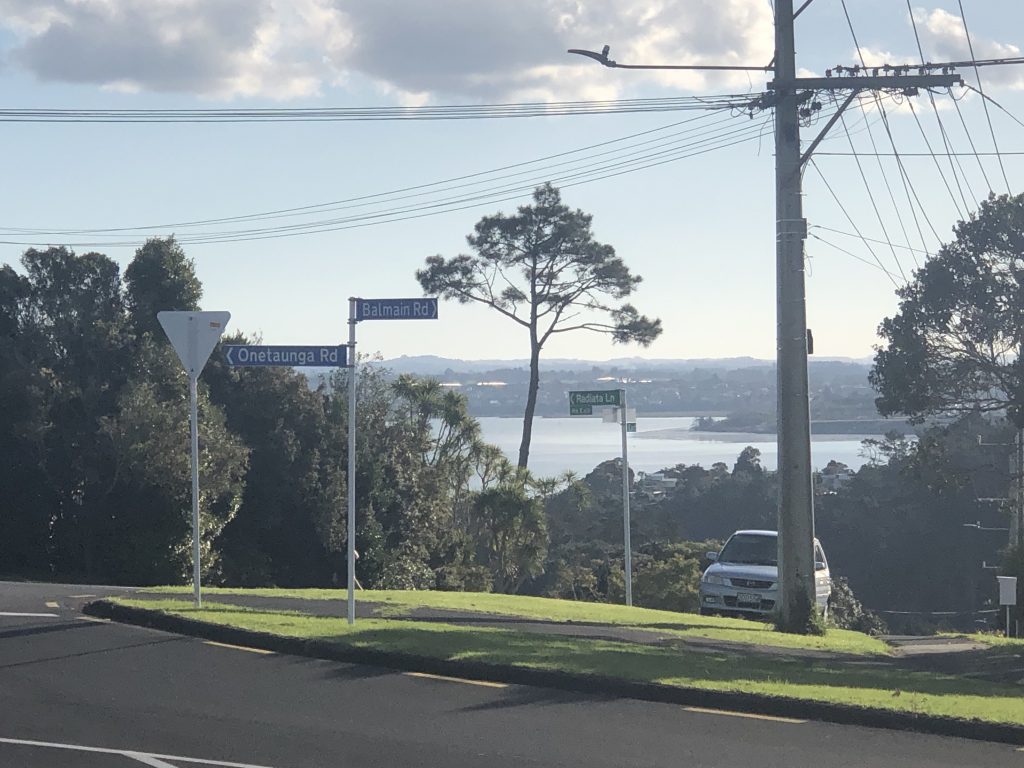 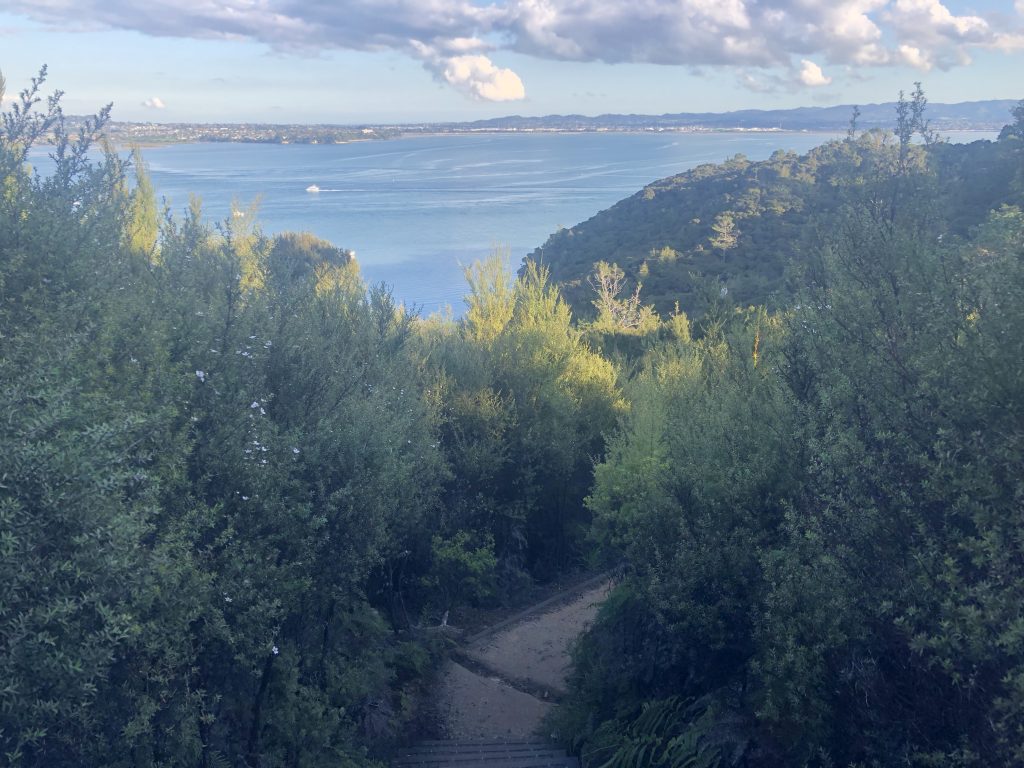 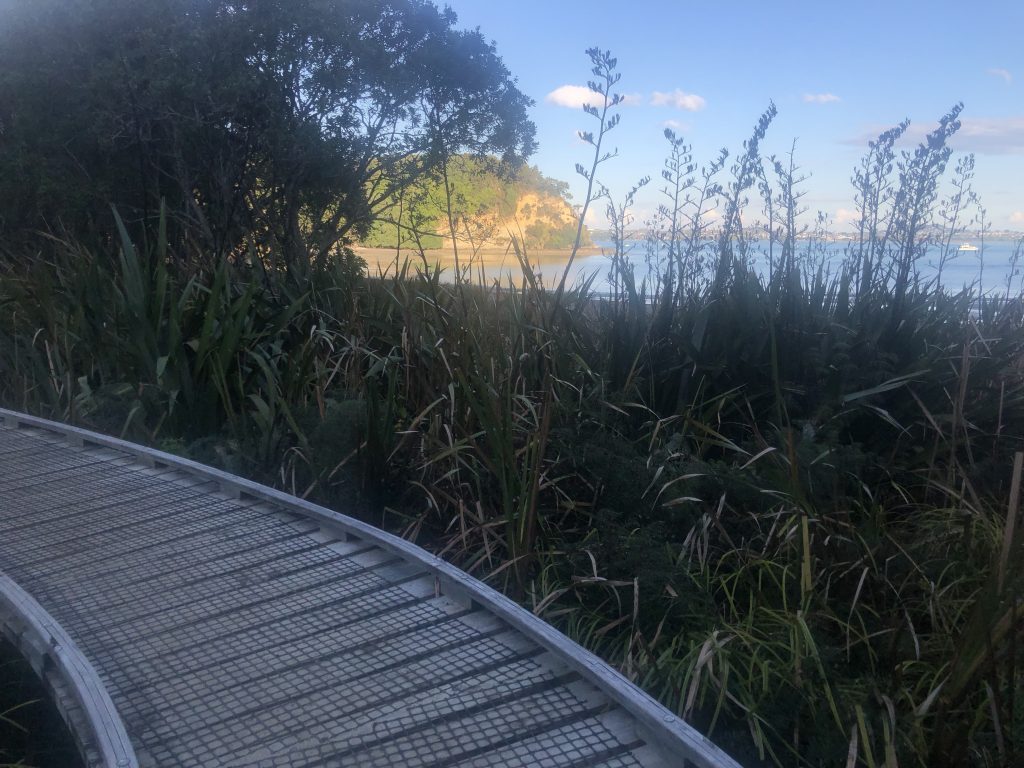 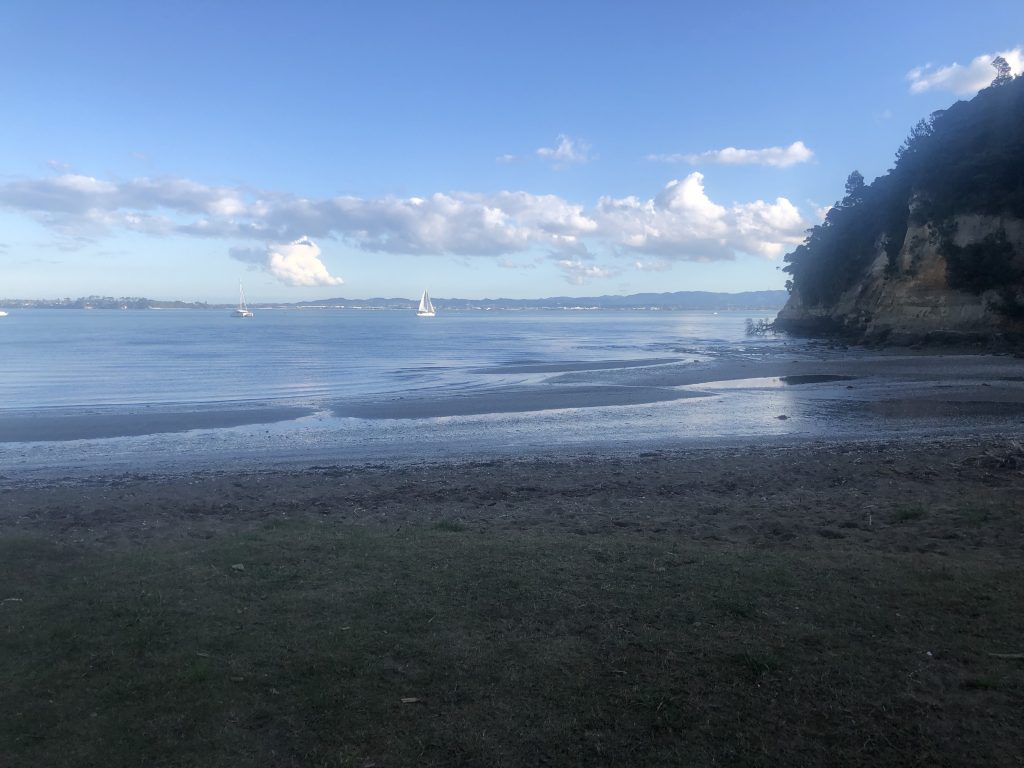 ^On every run, I’ve always had a smell. In London, it was cigarettes smoke. In Amsterdam, it was marijuana. In Kiyv, it was body odor. Italy it was manure. Sitges was the ocean breeze. Tanzania was my sweaty mess. Chiang Mai was the exhaust from all the vehicles.  And in Discovery Bay, fresh air. Discovery Bay was the first city without a distractive smell, so I guess the lack of “smell” makes it distinct. In Tokyo, I smelled Spring.  Sydney and Melbourne was the smell of Jasmine and flowers blooming in fall! Auckland was the smell of the ocean on my trail runs, otherwise, it was a smell gym. 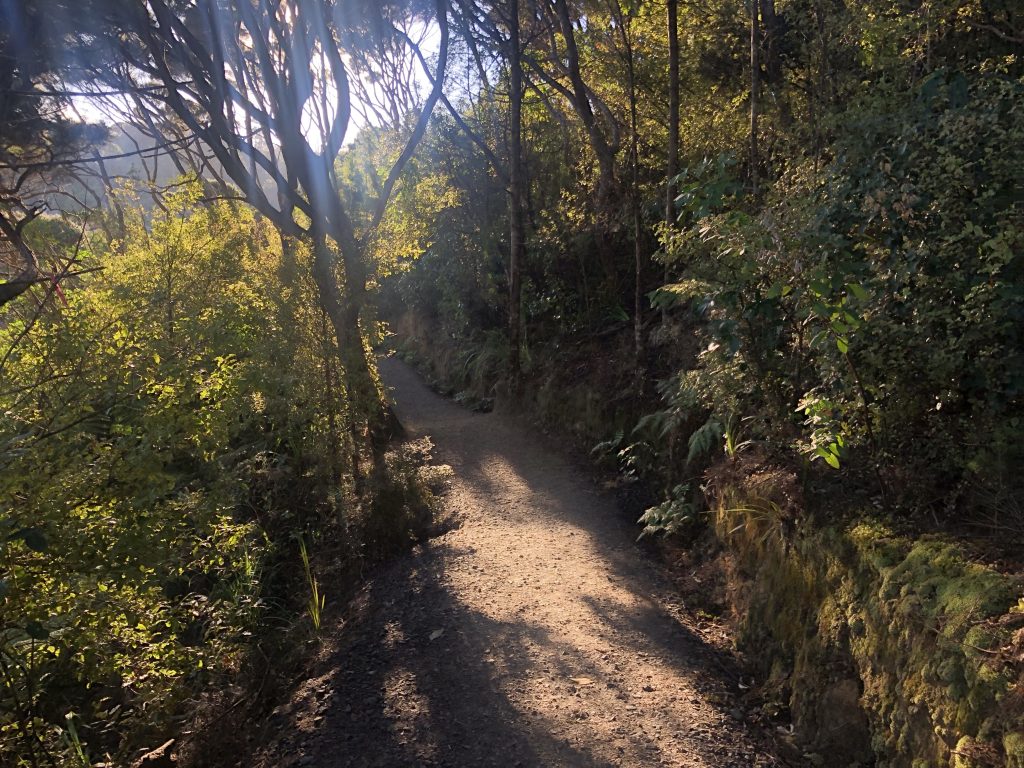 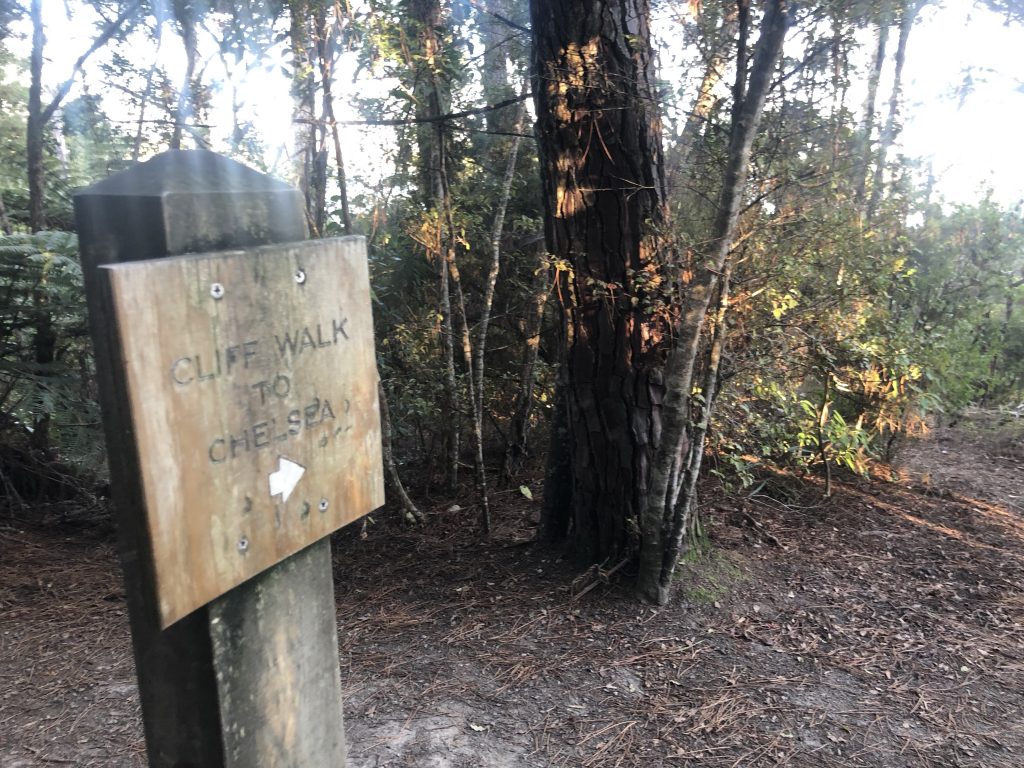 ^ I found this funny. As clumsy as I am … Cliff Walk seems like a great trail for me to run. 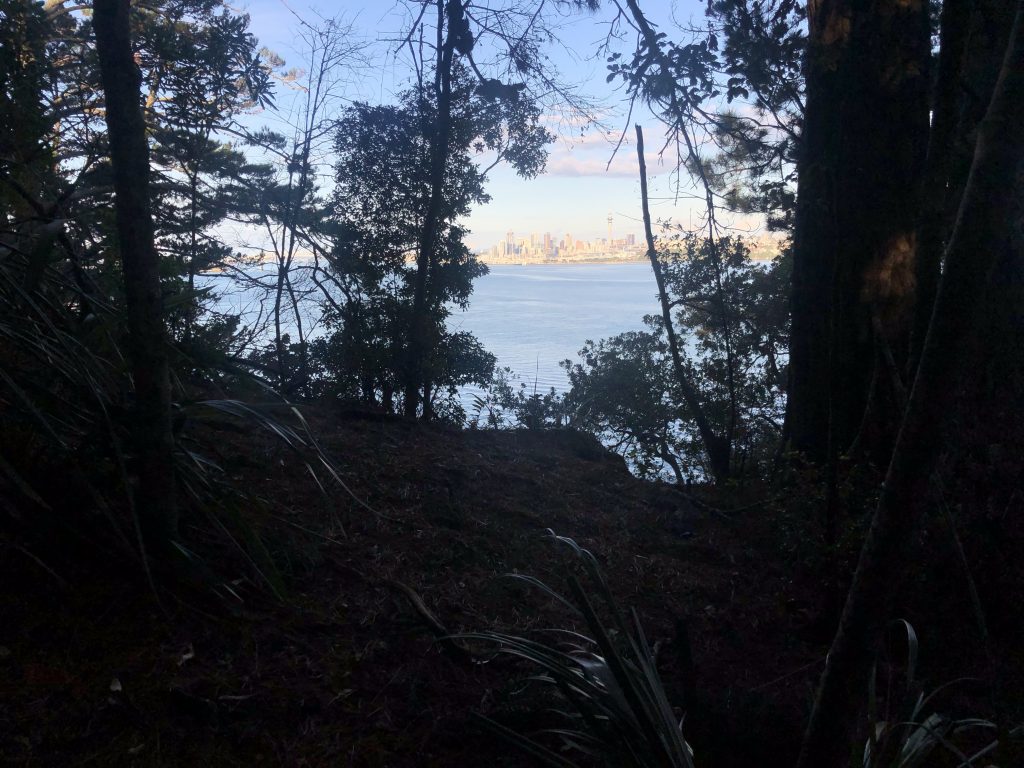 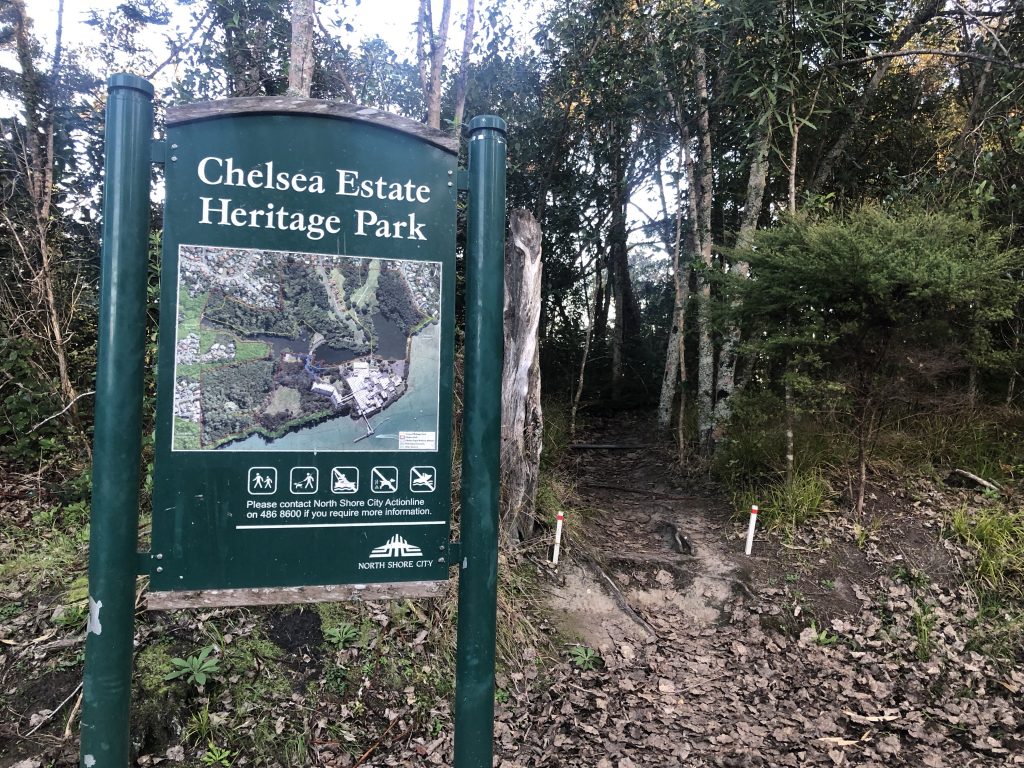 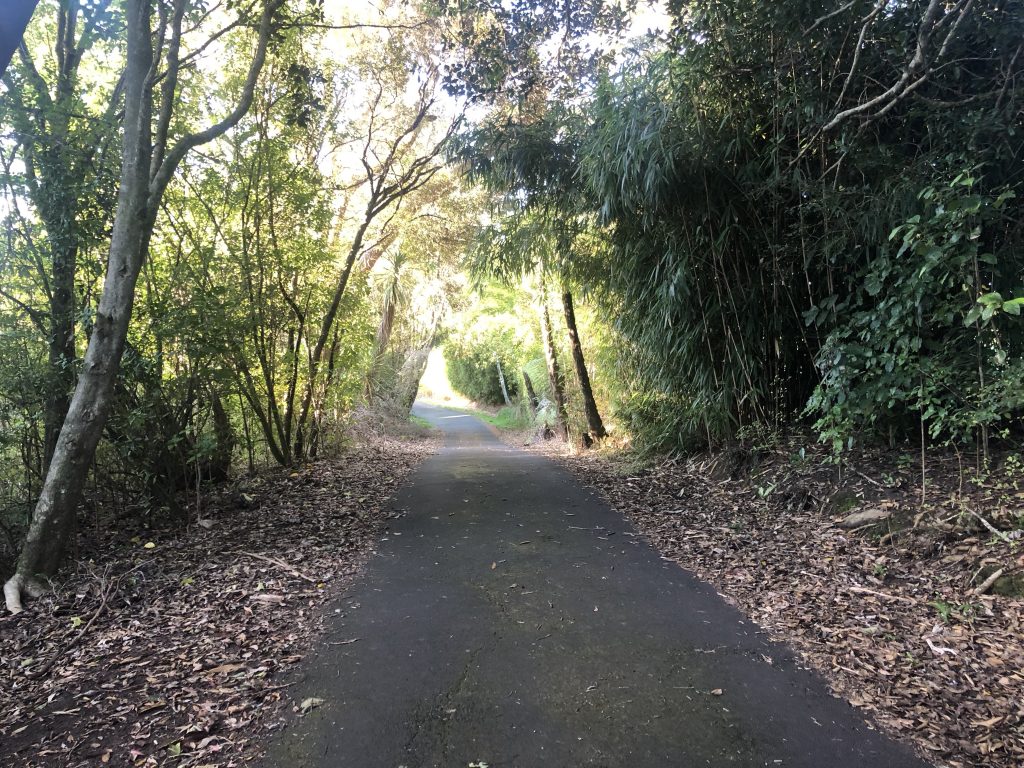 I had no idea what to expect from New Zealand regarding coffee.  I’ve had some amazing coffee on the trip and admittedly, I’ve become a bit of a coffee snob. During our stay in New Zealand, I tried lots of different coffee shops. Two of my favorites are below, but I gotta say, I also really enjoyed my French Press at the house.  I picked up a couple different beans, Ark being my favorite and quietly enjoyed my coffee on the back patio most every morning in Auckland.  It really did feel like home. 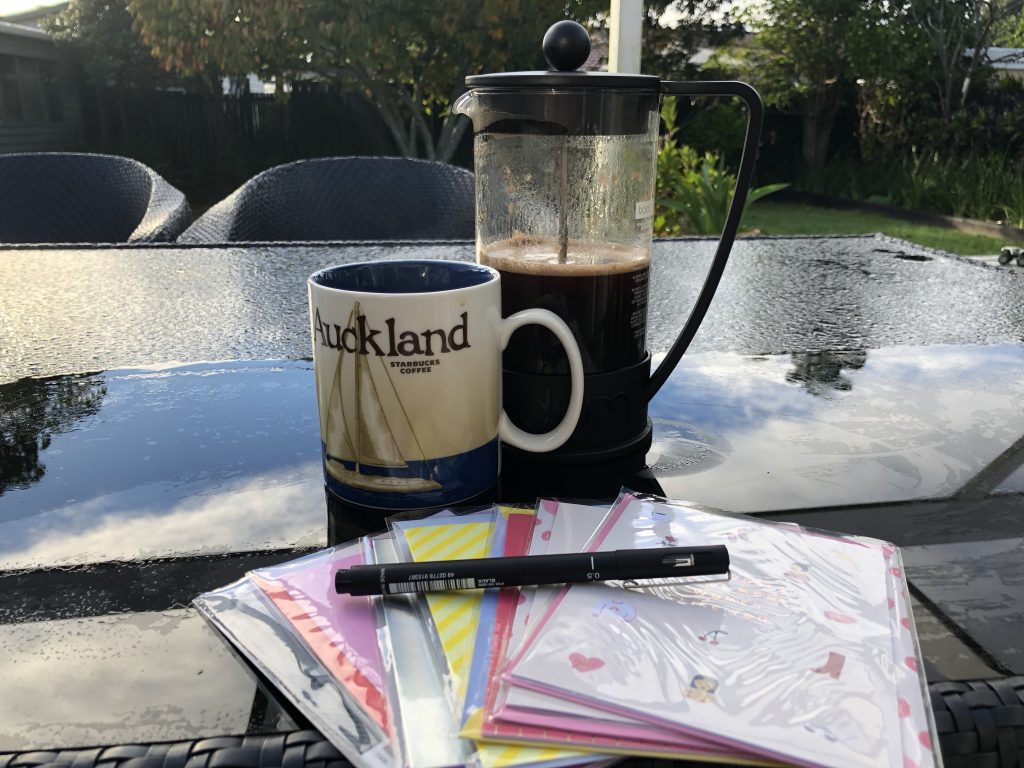 ^ Good ole’ French Press from Tanzania and a dew covered patio table in the morning.

Centro was fabulous. Coffee wise, my second favorite cup of coffee I found in Auckland, but the quiche was killer. It was fall, so pumpkin was everywhere.  I came here for the pumpkin quiche at least 6-times. 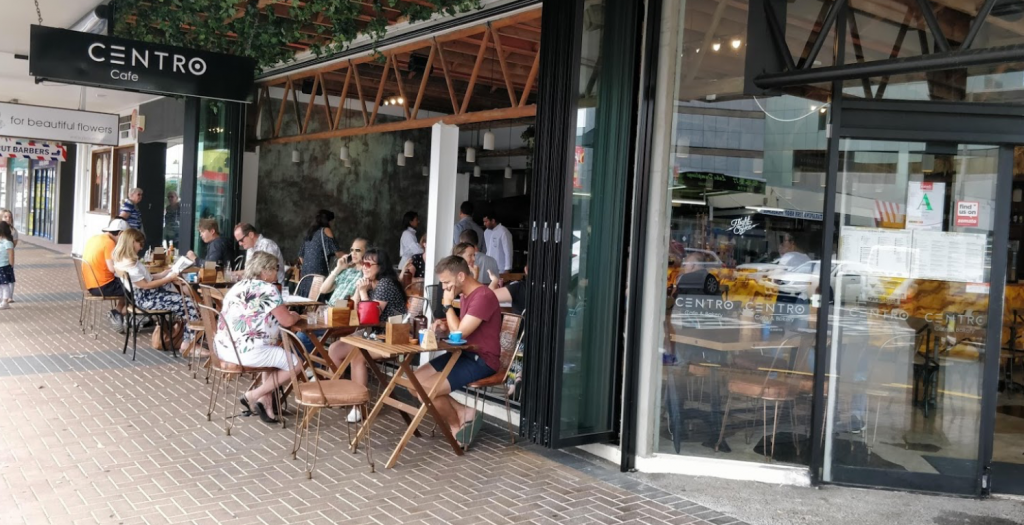 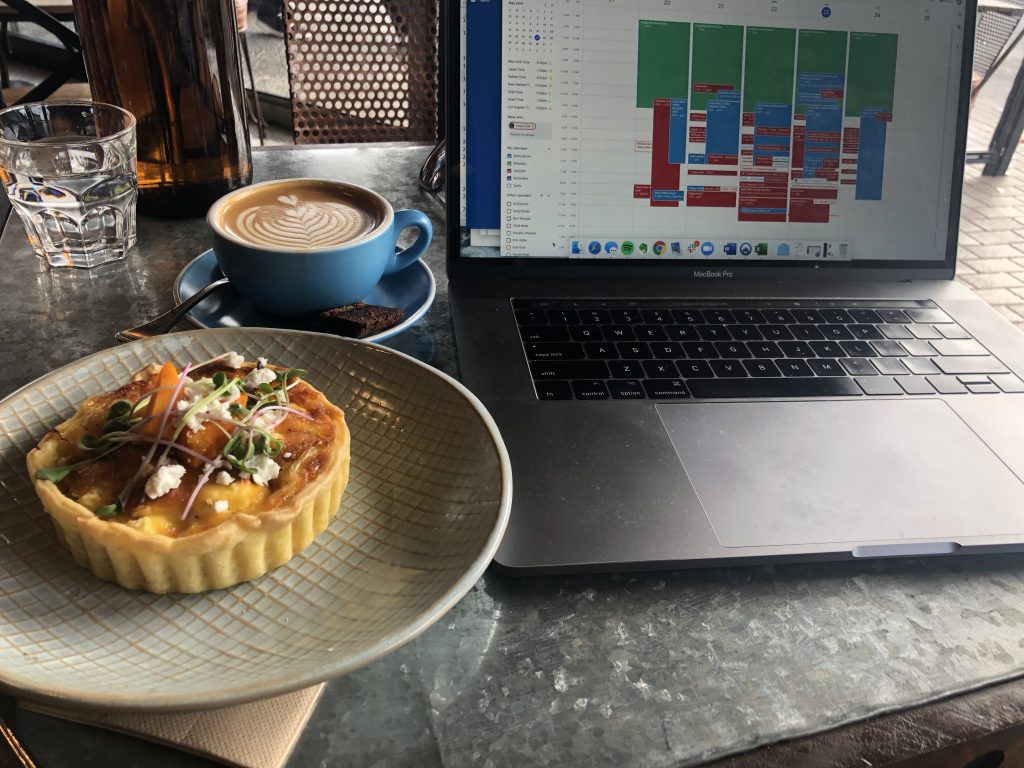 Ark was amazing! The best coffee I found in Auckland. I stopped in a few times to get a flat white, but also purchases at least 4 bag of beans. The shop was super cute too. I actually purchased a glass travel cup from Ark and used it often, 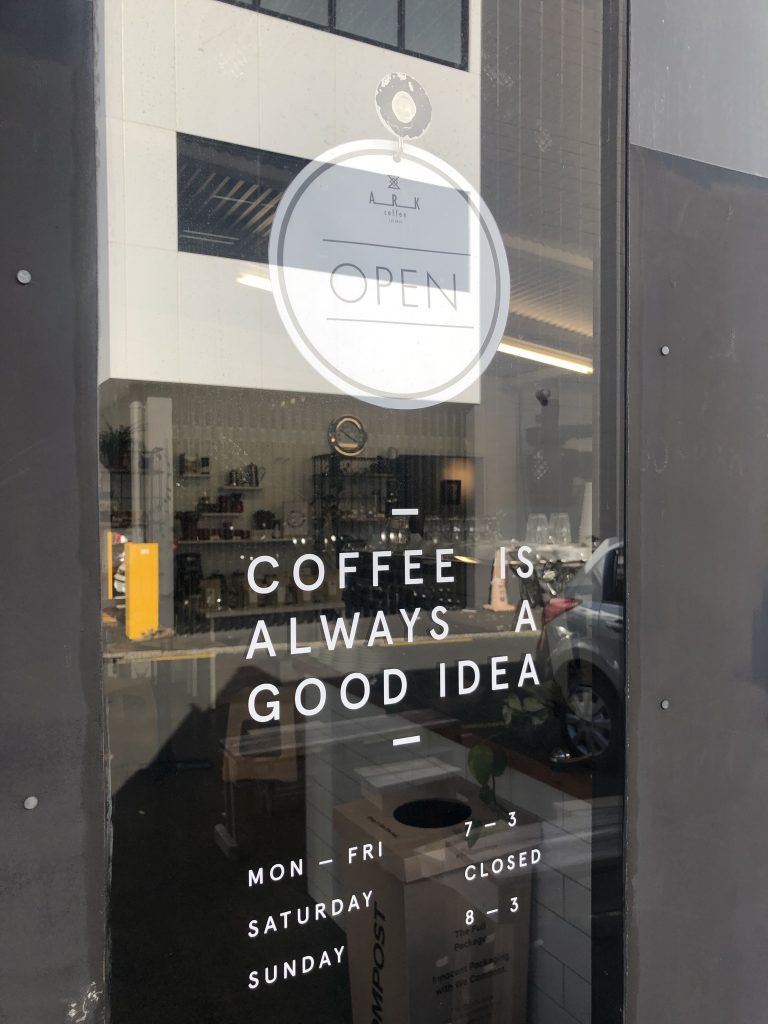 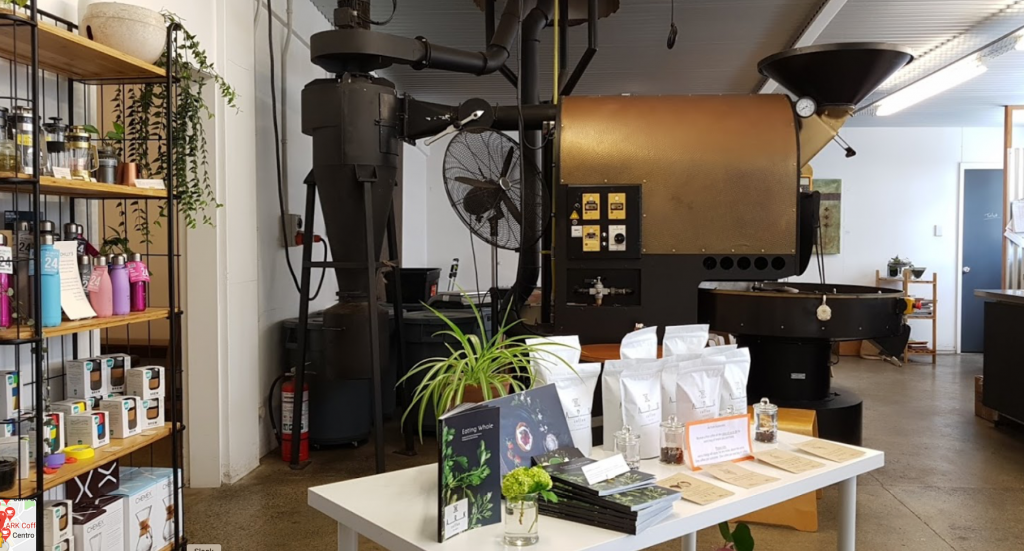 Driving from the airport to the house in Birkenhead, was passed several shopping areas and little towns, I saw several nail salons, so I figured a good manicure would be easy to come by in New Zealand. Because we were in New Zealand for 5-weeks, I did end up trying a couple different places.  One day I was out and passed by the American Nail Salon, I must have been feeling home sick because I was drawn into this salon. I got a mani / pedi … it was very “American.” Quick, efficient, and overall a pretty good polish. 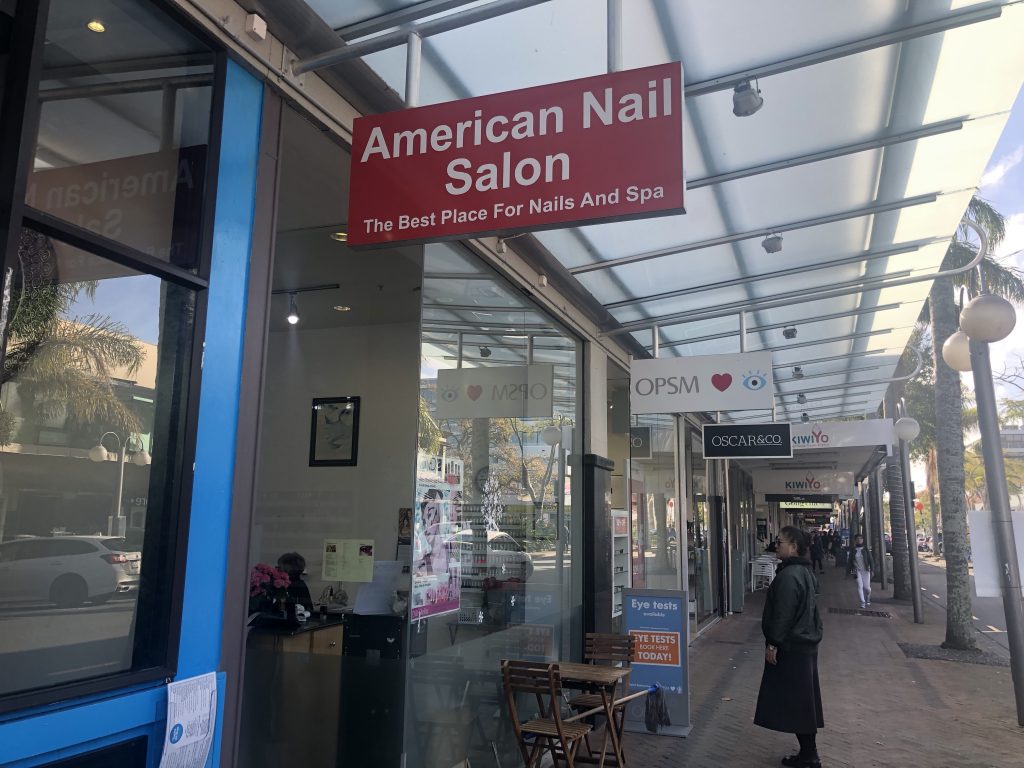 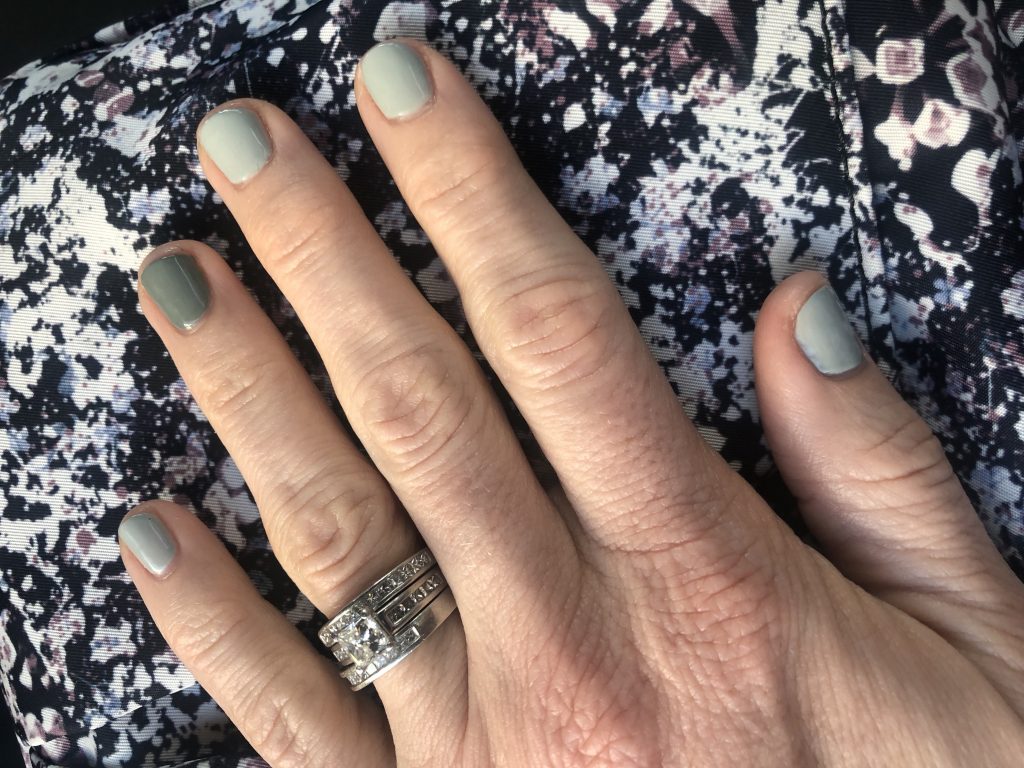 Up next was lashes. I knew I would be able to find a lash salon, but as usually, lashes always require a bit more research. I ended up going to Lashes by Haley. Haley was very kind and friendly. She did a great job on my lashes. During my 5-week stay in Auckland, I got a full-set and a fill before leaving. Haley was flexible in getting my scheduled and her lashes were reasonability prices. Good quality lashes. I got 1:1 lashes and I had great retention.  The salon was super cute too! 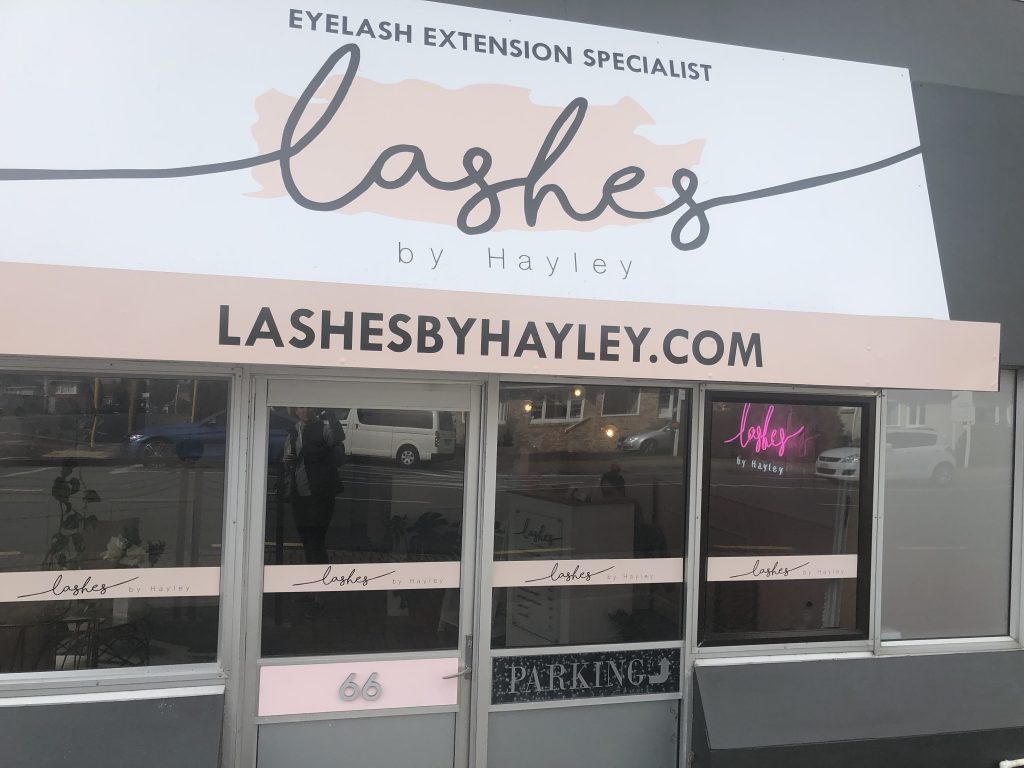 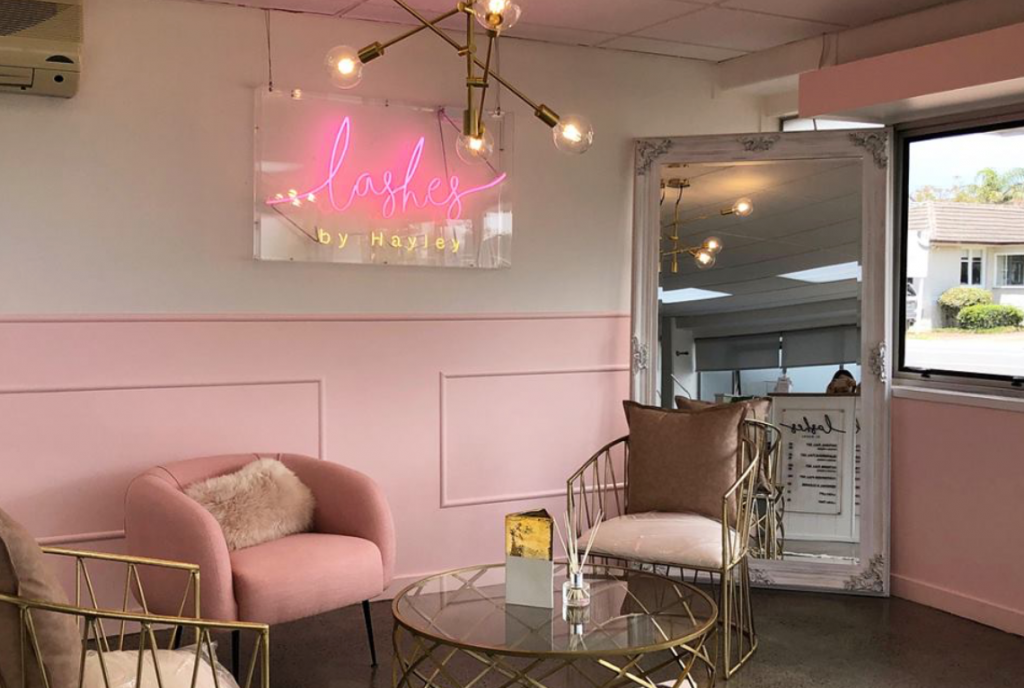 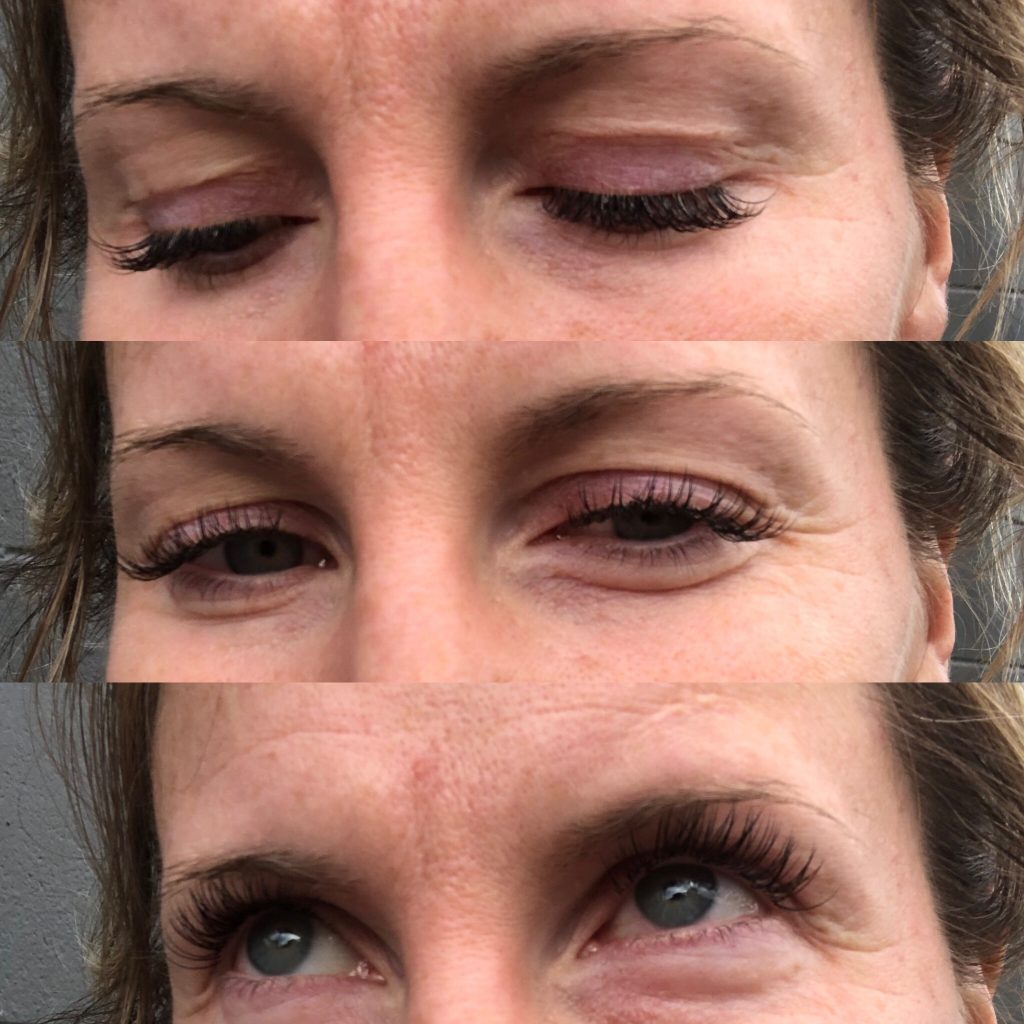 What I loved about New Zealand:

What I didn’t love about New Zealand:

Here are a few of my favorite pictures from New Zealand: 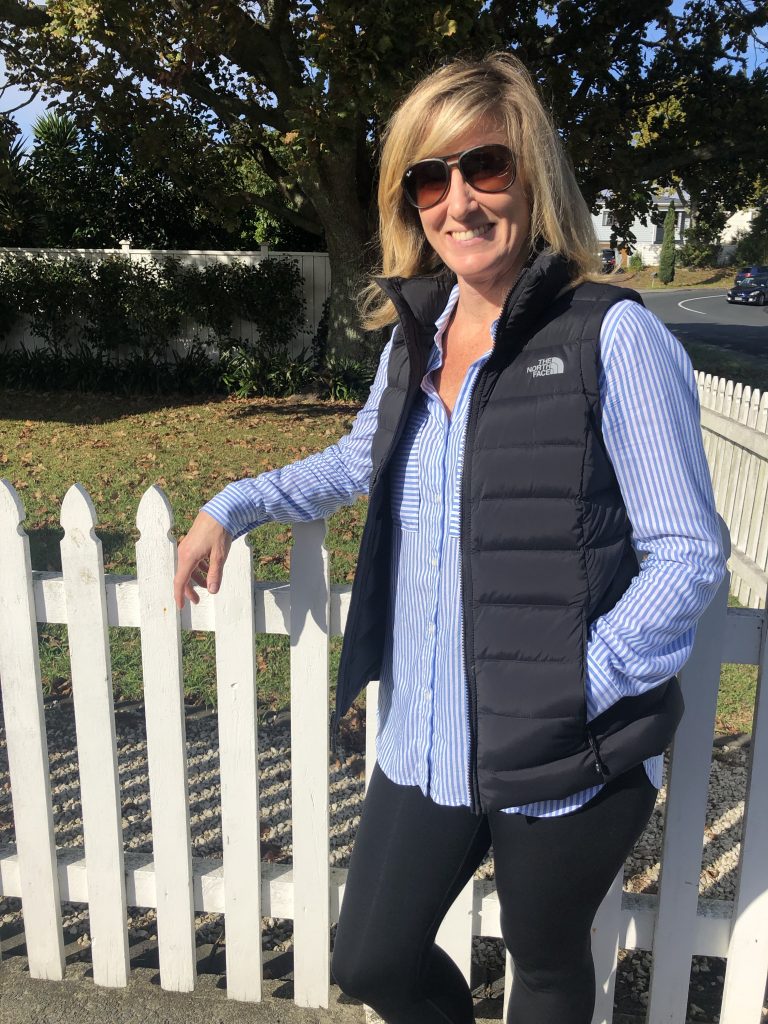 ^So New Zealand was cold. It was Fall and quickly approaching Winter. We broke down and went shopping. North Face Vests all around.  I felt so at home. 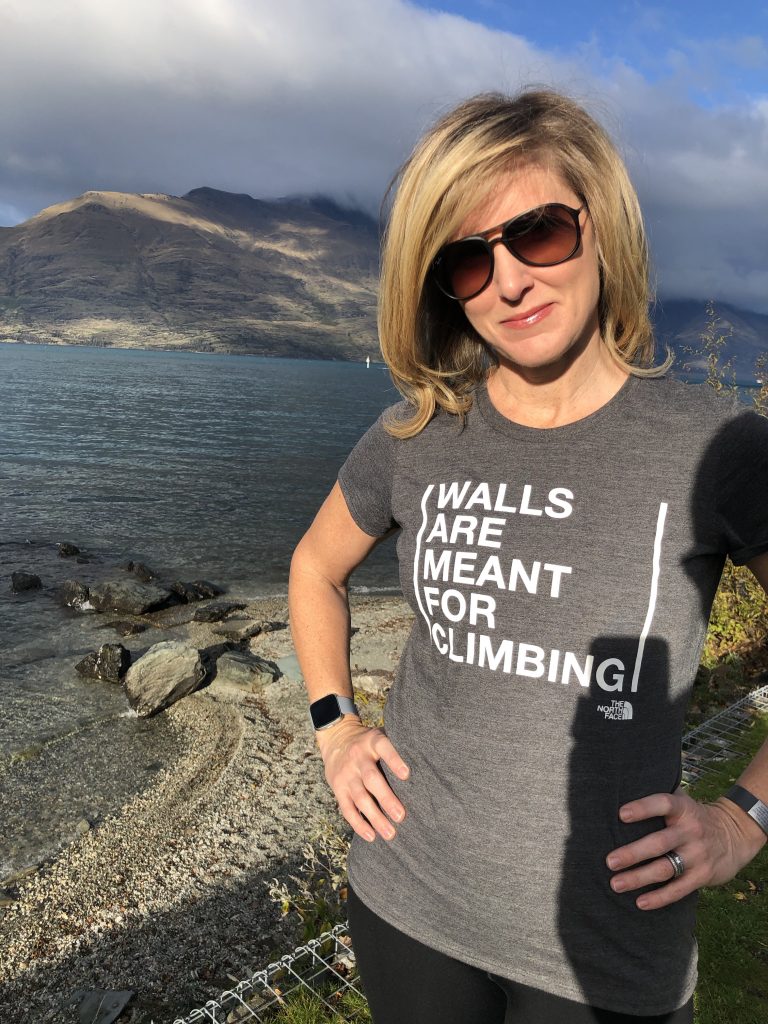 ^ I like this picture for 2 reasons. First, I am obsessed with this t-shirt and second, this picture was taken in Queenstown where I found probably the best blow-dryer of the trip.  Good hair requires good products and equipment. 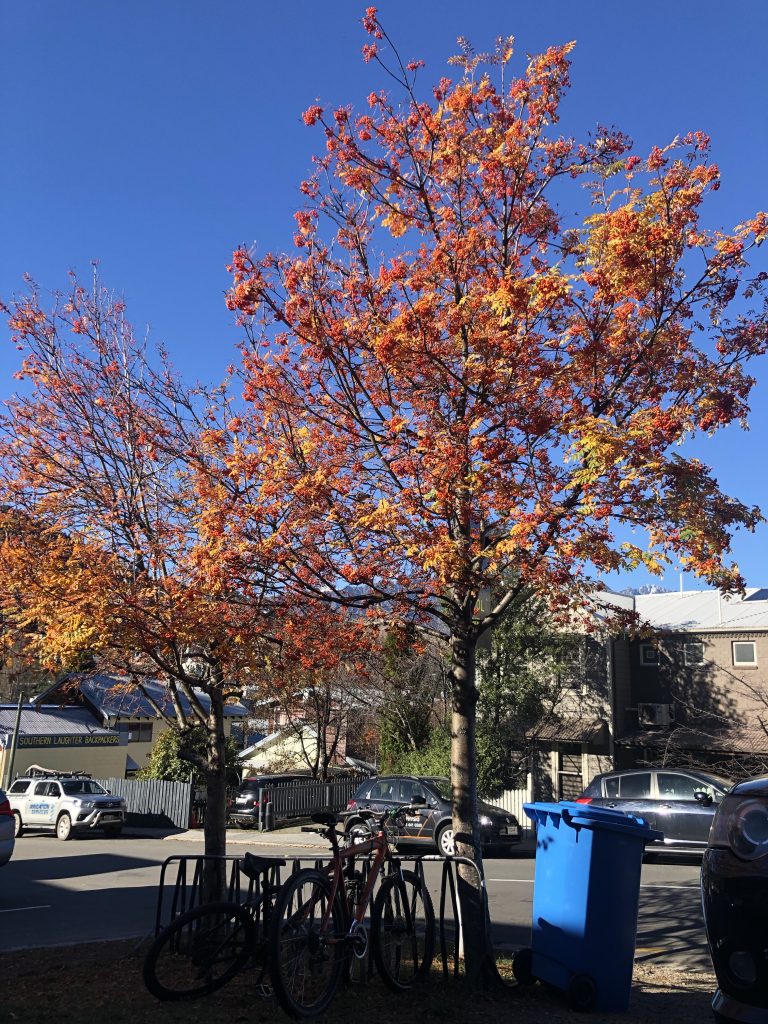 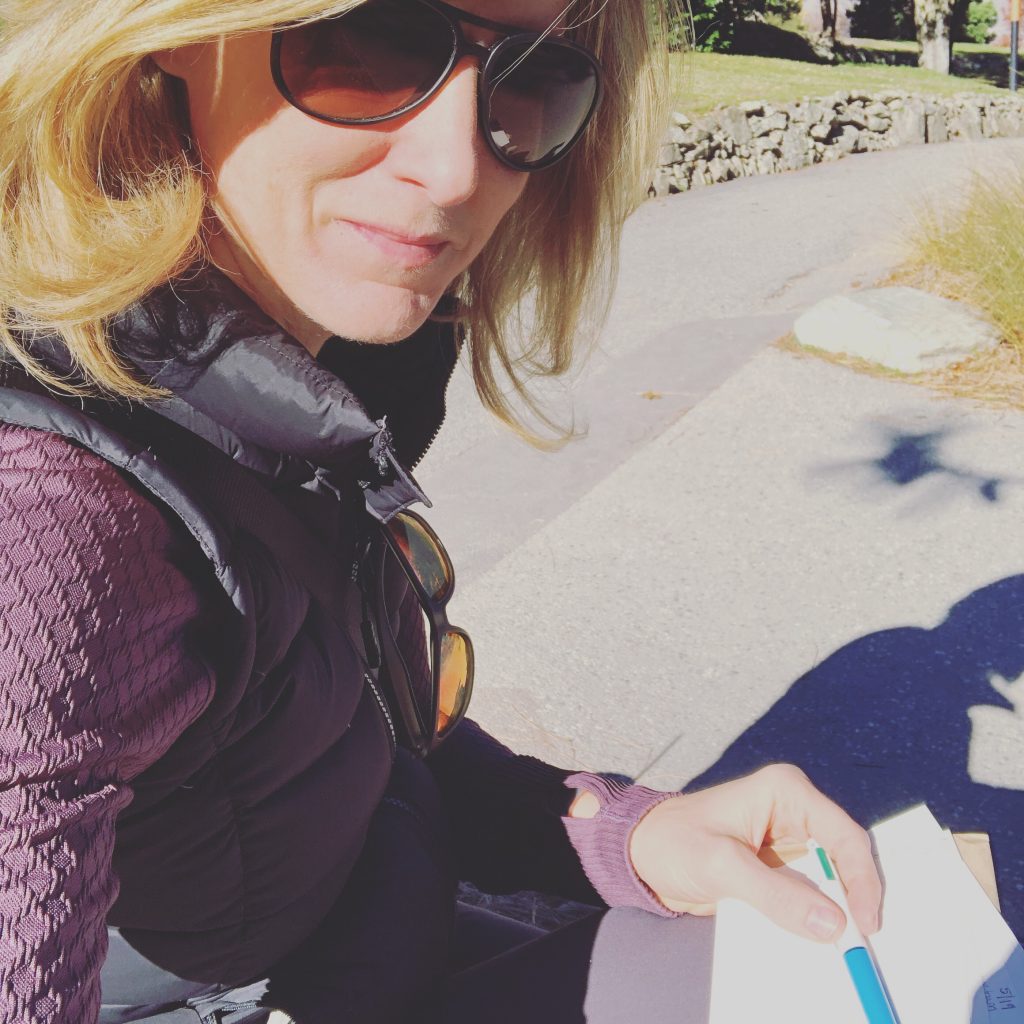 ^ All things Fall. I sat at the park one day and Nolan played for over an hour, while I worked on post cards. 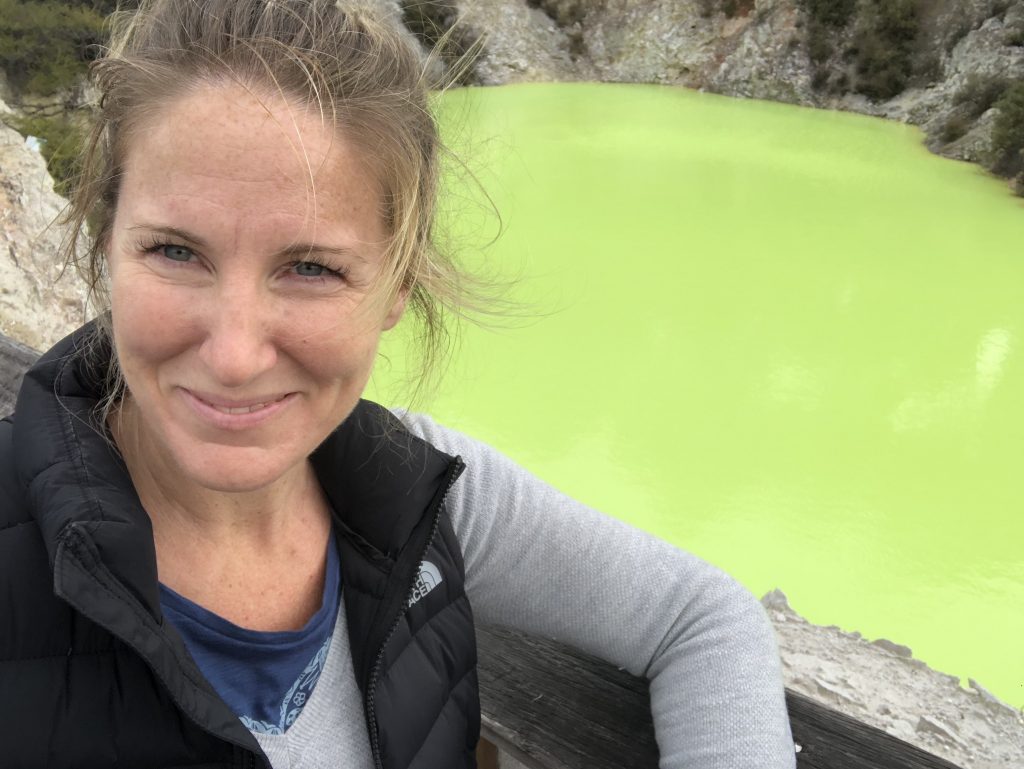 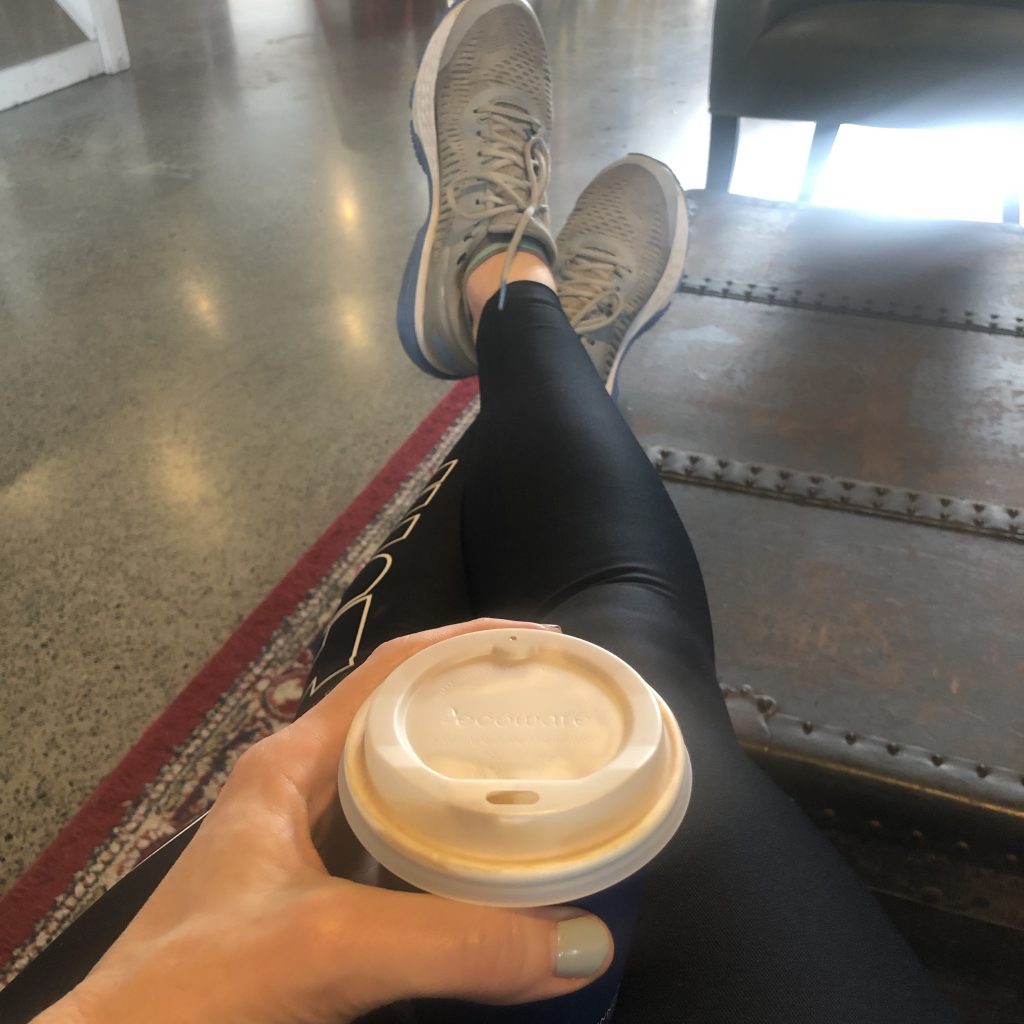 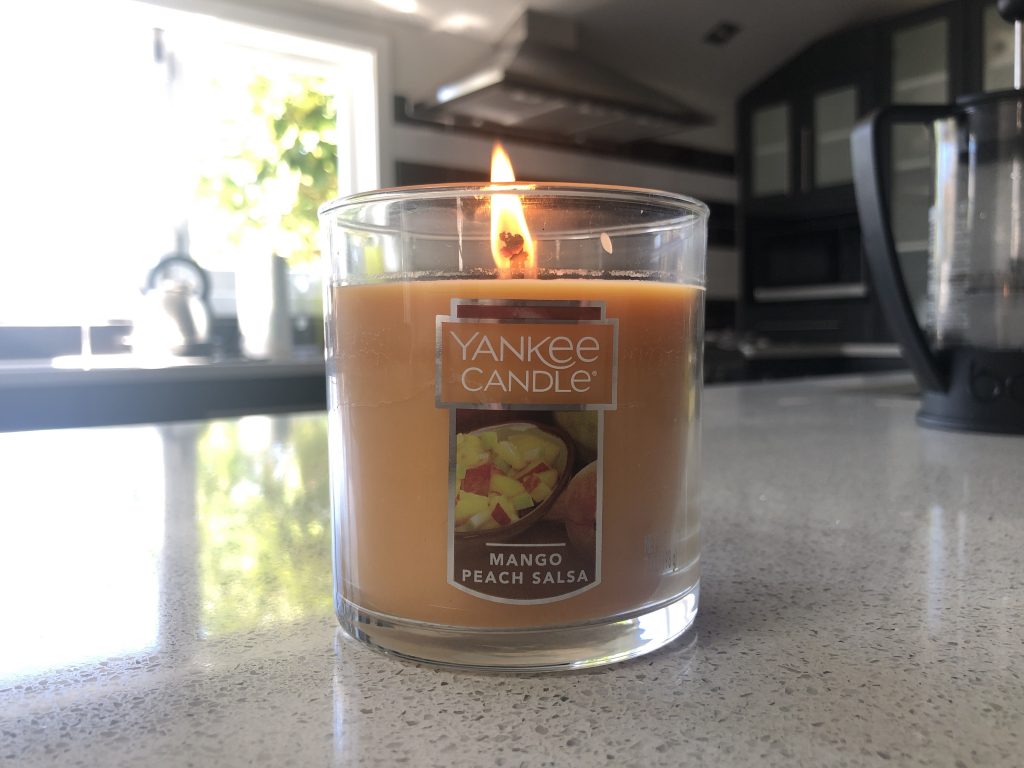 ^ The candle my mom shipped me from the US.