As we make our trip around the world, I’ve done a lot of thinking about what I want to learn about each city we visit. I don’t want to be a tourist, I want to really embrace the city, the culture, the people, and breath in the city’s way of life.  I’ve decided to pick three topics to focus on;

Over the past six months, I’ve been on a bit of a food journey myself. In February, I decided to try the Keto Diet. Originally it started as a 2-week challenge, but it quickly became a way of life. I’ve fully embrace the Keto Life. My body, mind, and spirit are totally different, but thats for another day.

As I’ve transitioned to the Keto Life, I’ve become more aware and self-educated on our nutrition in the United States. I would like to better understand what food looks like in other cultures. I’m also a data driven person, so I’ve decided to take a few data points while in each city from our local grocery store.

I’ve always been a person of faith, though over the past few years I’ve become very dis-enchanted by religion. I believe religion has also become a business in the United States. I would like to better understand what faith looks like in other cultures.  Again, as a data driven person, here are my data points:

Finally, I will be documenting what “Sunday” means.

I struggled with this one a bit and I’m still not sure “family” is the right word, but for now, that’s what I’m going with. In the United States, I believe family has taken a back-seat to almost everything else.  We seem to be focused on working more, to make more money, to buy more things, to impress more people .. and on and on it goes.  I don’t want this life and I don’t want this life for Nolan.

I’m not really sure my data points, but here’s some general questions I would like to try to answer:

Thirty days, that’s all I get in each city.  Let’s see what happens. 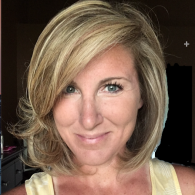