Throughout our 3-weeks in Japan, I was constantly aware of the Japanese culture. We did a ton of research before traveling to Japan so that we were prepared for the general dos and don’ts; DO: Take off your shoes, DON’T: Tip, DON’T: Blow your nose in public, DO: Attempt to use Chopsticks, etc.  There are tons of website and blogs explaining Japanese social norms.

In all our research and preparation, nothing quite prepared me for Tokyo. I remember arriving at the airport and seeing all the luggage carts properly lined up and stowed.  I’ve been in a lot of airports and I’ve never seen such an orderly display of luggage carts.  I know it seems small, but it was just the first of many, many examples of the Japanee culture.  Here are a few words that come to mind when I think about Japan; orderly, proper, structured, and calm. I’ve honestly never been in a city like Tokyo.  While yes, it was a busy, bustling city, it wasn’t heck it, rushed, or stressful.  I absolutely fell in love with Japan.

During our adventures around the city, I often took note of lessons the United States could learn from Japan. Here are a few of my favorites;

Lesson 1: Mind the Flow of Traffic. 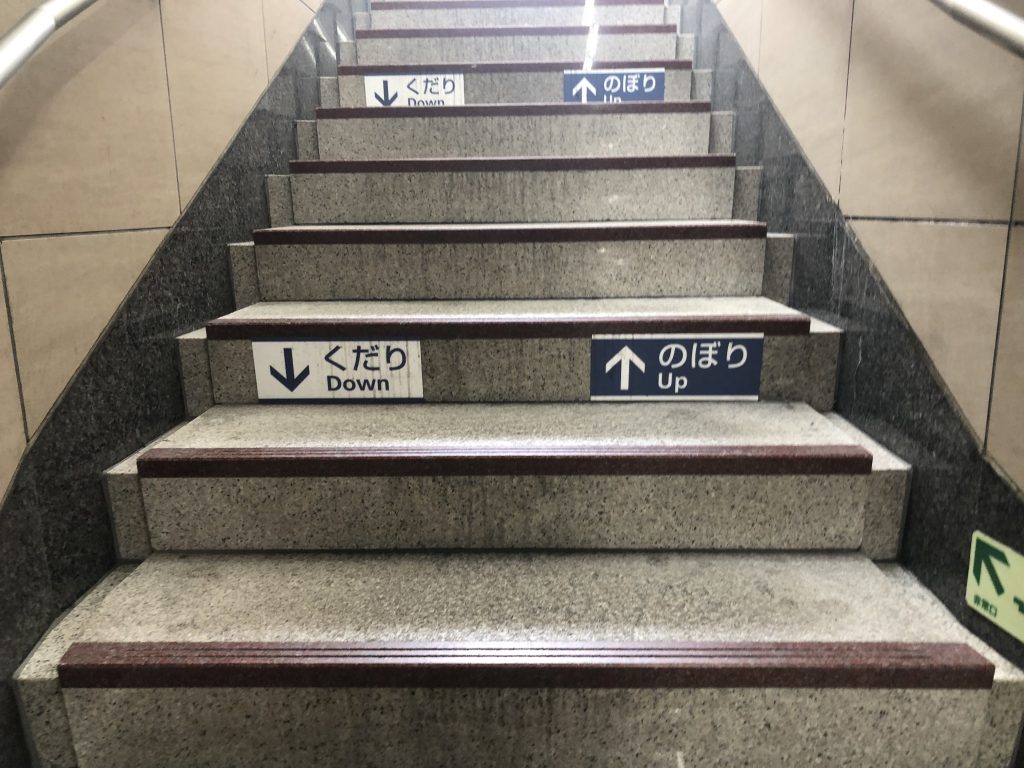 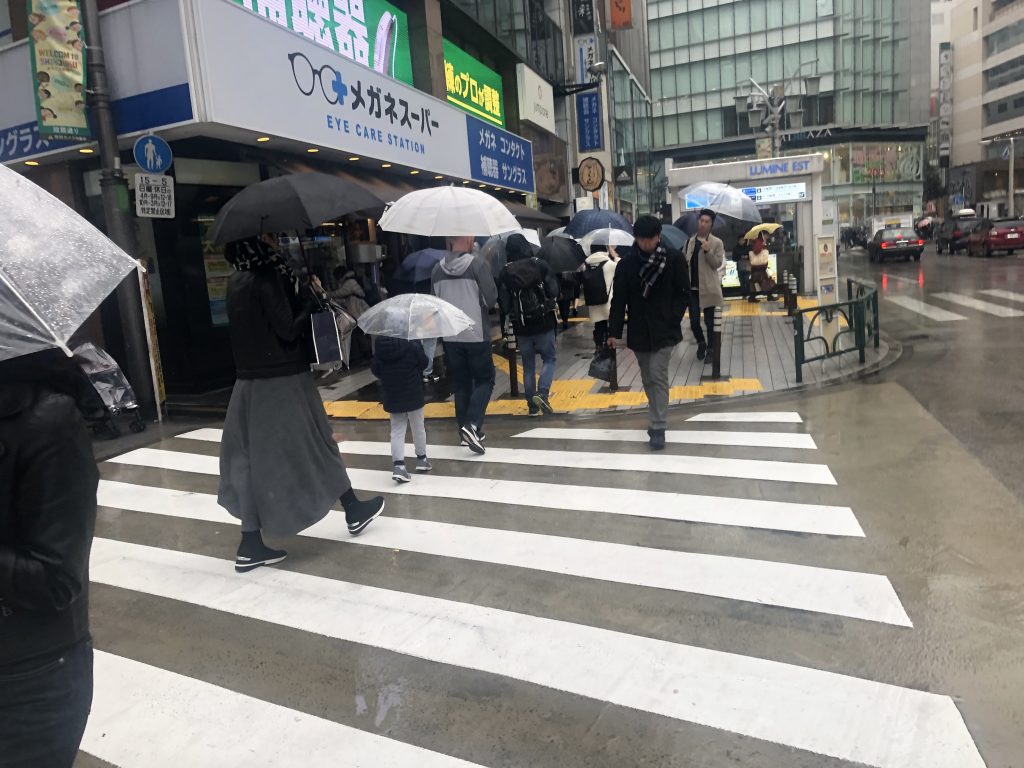 Lesson 2: No Smoking in Public.

Walking around Tokyo, you will quickly notice all the No Smoking signs that hare painted on the sidewalks. They are hard to miss! On the busiest streets, these No Smoking signs can be found every 100-ft or so.  As I was out for my runs, I actively looked for smokers and never saw a single person smoking in the streets.

While exploring shopping centers and stores, I did also notice several smoking rooms, which was also interesting.  While smoking wasn’t allowed in the main store, there were smoking rooms throughout the building.

There were, however, a few restaurants & bars that allowed smoking and these places were unbearable. Jim and I were discussing, and we actually think because there are such few places to smoke, those places that do allow smoking are packed with smokers. 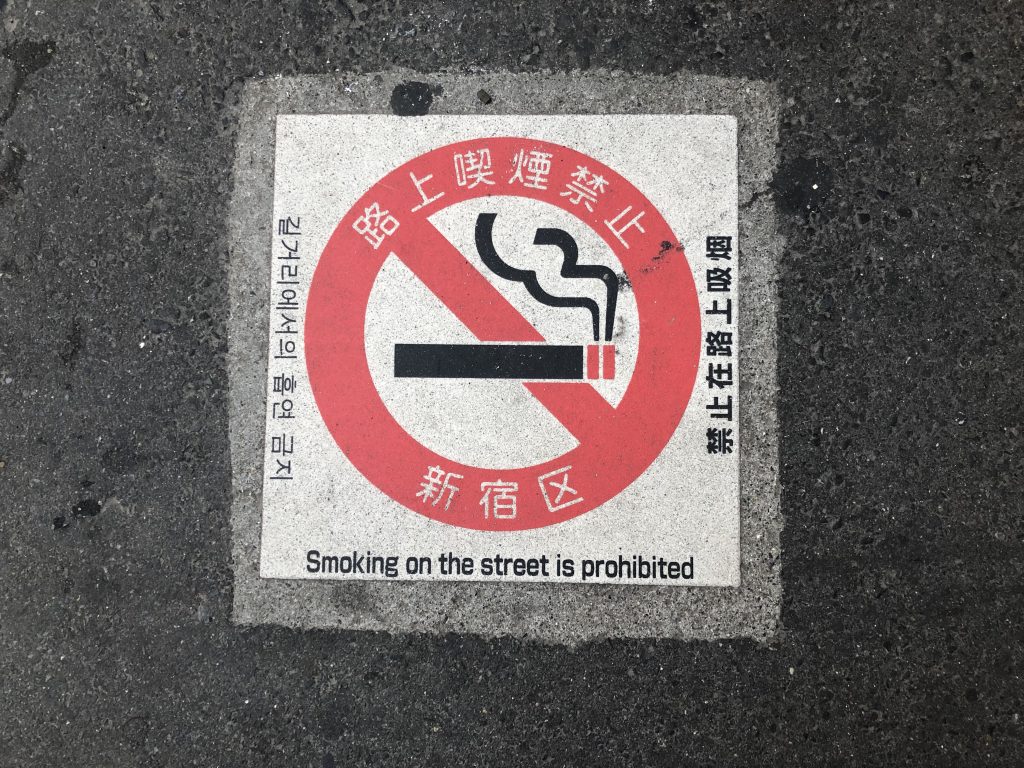 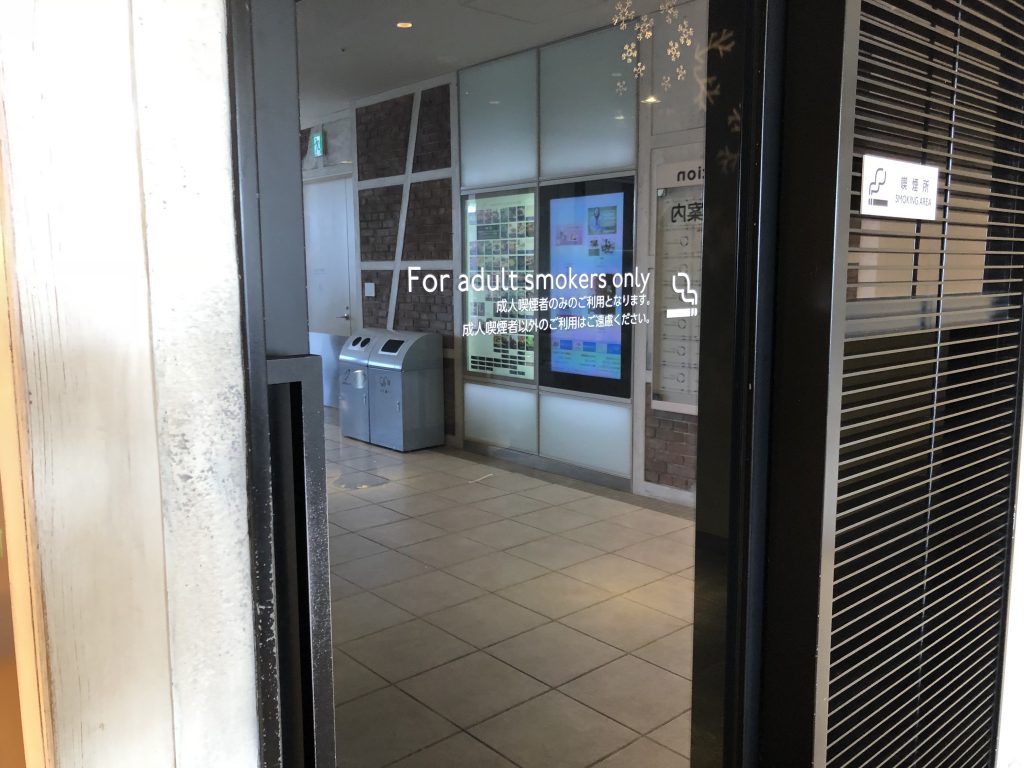 How cool is this!  So, several of the busiest trains had Women Only cars. There are separate boarding areas marked and the train cart itself is also very clearly marked as Women Only.  Honestly, I have no idea why there were Women Only cars on the train, but I took advantage of them a few times. 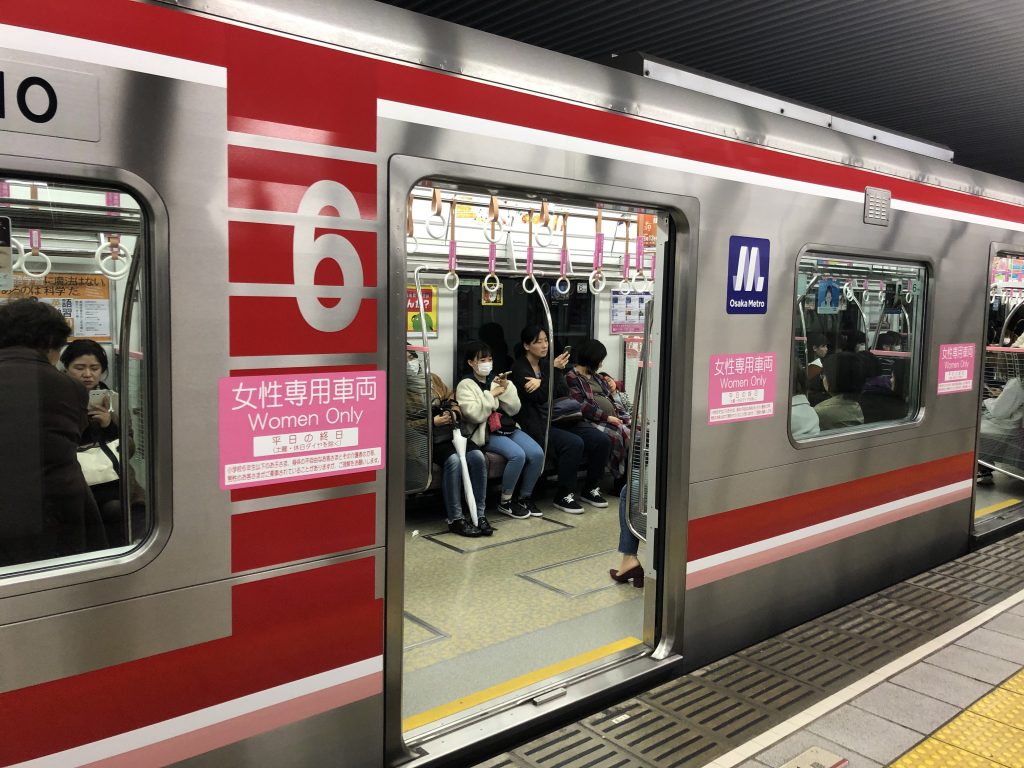 On any and all public transportation in Tokyo, the general rule is to be quiet and it is 100% not acceptable to be on your cell phone. There’s actually an announcement that plays at every stop and through the train ride reminding passengers to refrain from talking on cell phones.  In addition to traveling in silences, the trains and buses were also exceptionally clean.  I would say in general, you will not find trash or waste in Tokyo — the entire city is immaculate.

Lesson 5: Structure and Order are of the utmost importance.

In all things, there is a structure and order to be followed and one should always beware and comply with the social norms. I wrote about the checkout process at the grocery store in my Food post, I’ve never seen anything like it. At first, I thought it was crazy, but after watching how quickly the queue was being processed, I quickly became a believer.  Even in the bathrooms, you’ll see signs directing people on the proper way to use the facilities. 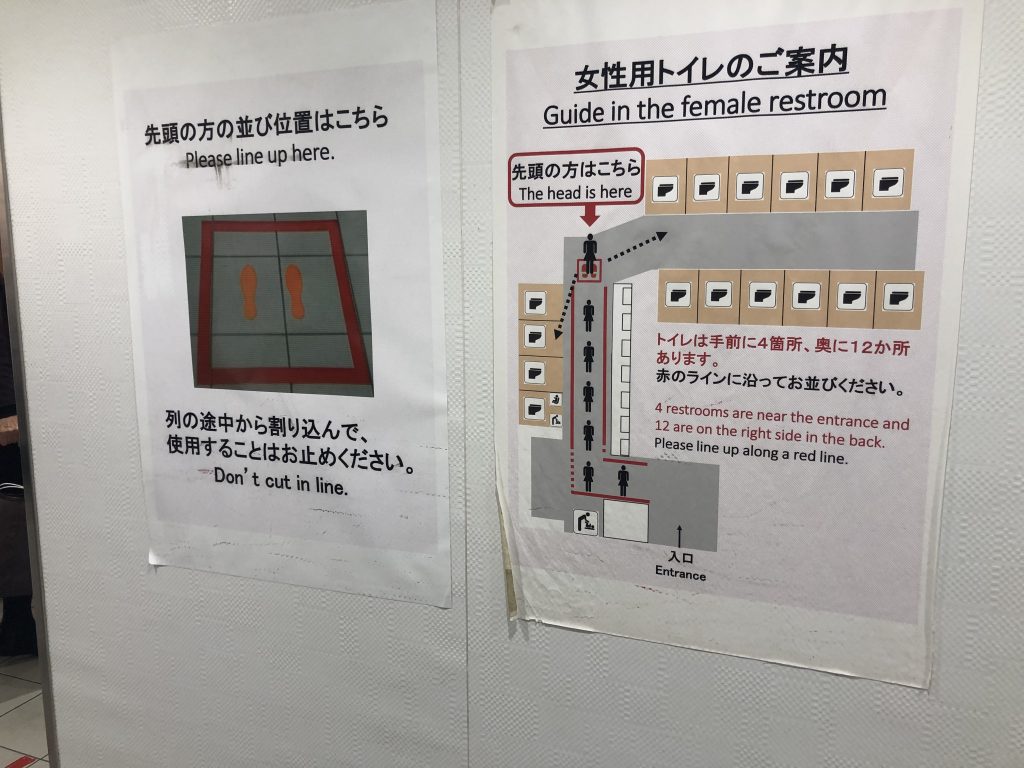 In most all of the public restrooms, there was a little urinal. I remember walking into my first public restroom in Tokyo and quickly walking back out when I saw the urinal. I thought for sure I had walked into the Men’s restroom.  After confirming I had correctly entered the Women’s restroom, I walked back in and processed what I was seeing — and it is ingenious!  What a great idea!  Nolan loved it! 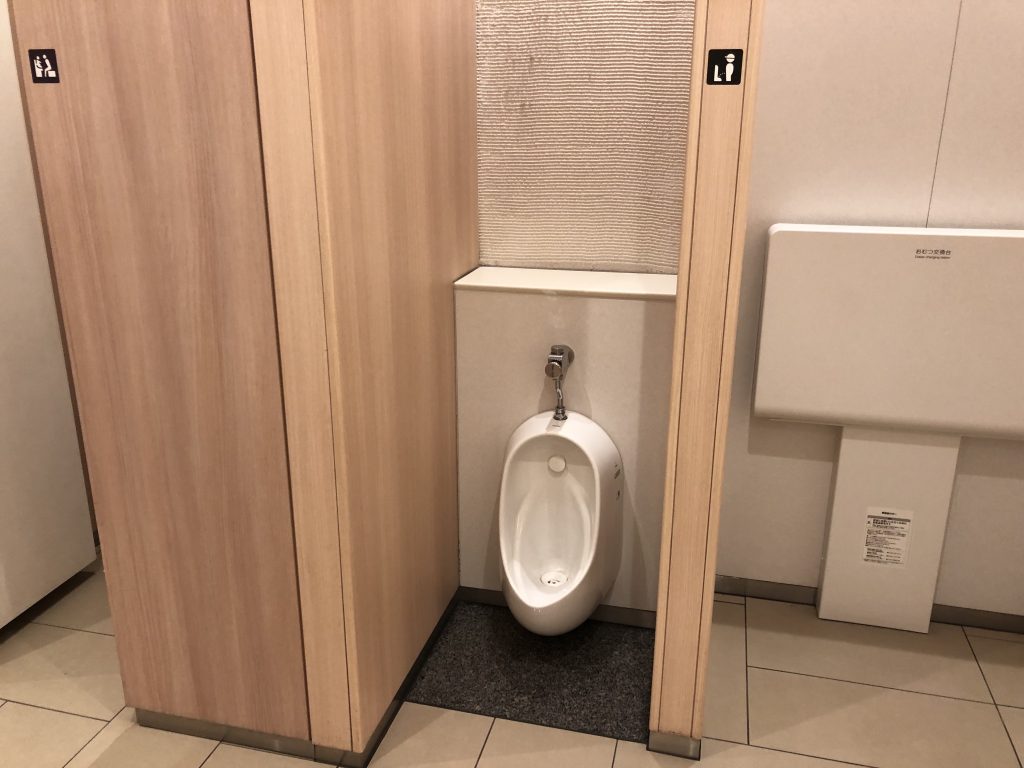 Finally, not really a Lesson Learned, more of a wish …. 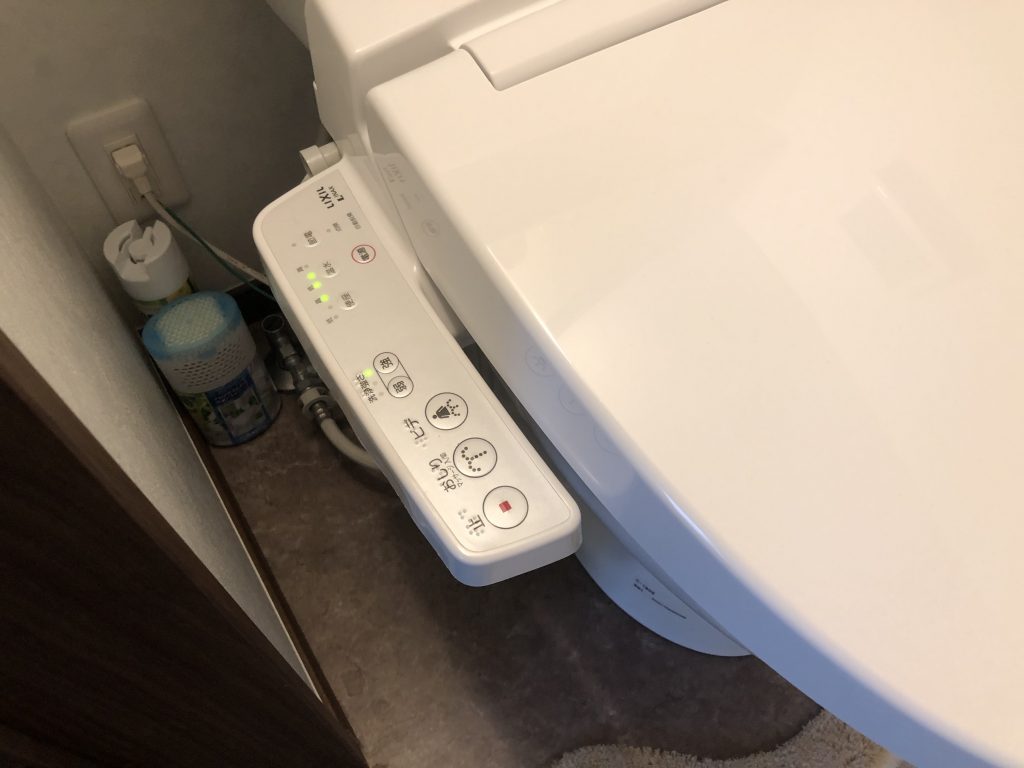